Horses to Watch: Baffert 2-year-old Classier lives up to his name 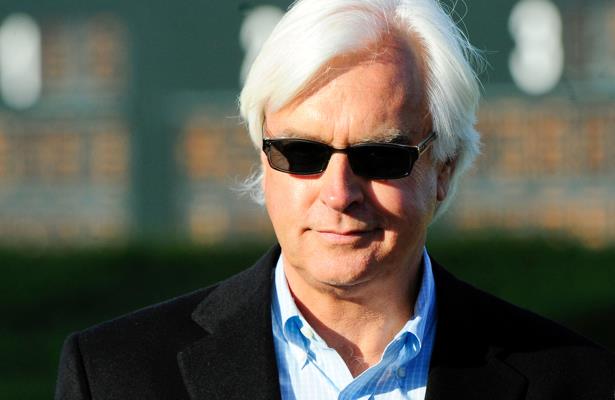 The aptly named Classier looks like a young star in the making for Hall of Fame trainer Bob Baffert. Sold for $775,000 as a yearling, Classier trained fast leading up to his Saturday debut at Santa Anita and definitely ran to his workouts, posting a decisive victory.

With Abel Cedillo in the saddle, Classier broke a step slowly but recovered quickly to secure a 1 1/2-length lead through an opening quarter-mile in :22.25. Rounding the turn, Classier started pulling away under his own power, clocking a half-mile in :45.68 to enter the homestretch with a six-length advantage. Although never asked for his best run, Classier cruised home in front by four lengths in 1:16.94, with runner-up Go On pulling 6 3/4 lengths clear of the rest.

A stoutly bred son of Empire Maker out of a Bernardini mare, Classier is bred to improve with distance and maturity, making his powerful debut all the more impressive. This exciting 2-year-old will be one to watch this winter.

It’s safe to say that King Fury has the pedigree of an elite prospect. A son of two-time Horse of the Year Curlin out of the Grade 1-winning mare Taris, King Fury first caught my eye when overcoming a wide trip to win his debut racing 1 1/16 miles at Churchill Downs.

The Kenny McPeek trainee subsequently failed to fire in the Breeders’ Futurity (G1) at Keeneland, but he rebounded in a big way when returning to Churchill Downs for Sunday’s Street Sense Stakes. After rating in mid-pack behind splits of :24.60, :49.51, and 1:14.34, King Fury unleashed a powerful finish down the homestretch, sprinting the final 5/16 in about :23.90 to win by half a length.

Coming from a 2-year-old, such a fast finish is a sign of serious talent. McPeek already has mentioned the 2021 Kentucky Derby as a goal for King Fury, with the Nov. 28 Kentucky Jockey Club (G2) at Churchill Downs looming as a more immediate target for the chestnut colt.

Under the patient care of trainer Simon Callaghan, Maxim Rate has shown slow but steady improvement. Following a victory in the 1 3/8-mile CTT and TOC Stakes and a runner-up effort in the 1 1/4-mile Rodeo Drive (G1), Maxim Rate cut back to a mile for Sunday’s Goldikova (G2) at Santa Anita and delivered her most impressive performance to date.

With hot jockey Umberto Rispoli in the saddle, Maxim Rate broke a step slowly before settling in fifth place behind splits of :22.79 and :46.20. Despite being known for stamina more than speed, Maxim Rate subsequently advanced into the teeth of a :23.72 third quarter, drawing within a length of the lead after 6 furlongs in 1:09.92. Then she turned on the afterburners, sprinting the final quarter in :23 4/5 to score by 2 1/2 lengths in 1:33.85.

Maxim Rate won with her ears pricked and appeared to have more left in the tank, which not surprising since she’s been successful running much farther than a mile. With her versatility and improving form, Maxim Rate could be set for a strong fall/winter campaign on the California circuit, with the Nov. 29 Matriarch (G1) at Del Mar looming as her next goal.