Horses to Watch: Annex impresses on debut for Mott 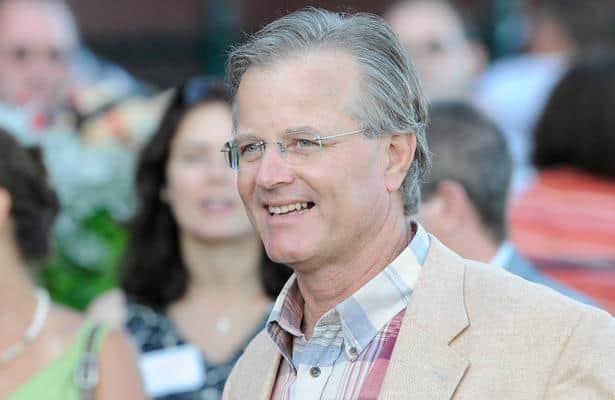 Since 2000, Hall of Fame trainer Bill Mott has won at only an 8 percent rate with first-time starters. So when one of his runners strikes on debut, it’s wise to sit up and take notice.

That’s why I’m excited to see what the future holds for Annex, a son of Constitution out of the Unbridled’s Song mare You Make Me Sing. Annex wasn’t particularly popular when offered for sale as a yearling, failing to meet his reserve with a final bid of $65,000. But the LNJ Foxwoods colorbearer is bound to be popular at the betting windows because his debut on Saturday at Gulfstream Park was impressive.

With Junior Alvarado in the saddle, Annex was content to settle back in eighth place early in the one-mile turf test, trailing the leaders by half a dozen lengths. He was still nearly five lengths off the pace with a quarter mile remaining, but then Annex kicked into high gear. Sprinting the final two furlongs in :11.69 and :11.17, Annex dashed to the front and won by a length in 1:34.93.

Annex did race a bit greenly, carrying his head to one side down the stretch. But he also was full of run and tons the best, so with experience, I think he’ll turn out to be a very nice colt.

One would be hard-pressed to find a racehorse with a classier pedigree than As Time Goes By. A 4-year-old daughter of Triple Crown champion and hot young sire American Pharoah, As Time Goes By was produced by the three-time Grade 1-winning mare Take Charge Lady, a sensational broodmare whose foals include champion 3-year-old Will Take Charge, Florida Derby (G1) winner Take Charge Indy, and Charming, the dam of champion 2-year-old filly Take Charge Brandi.

As Time Goes By appears poised to further burnish Take Charge Lady’s legacy. On Sunday at Santa Anita, the Bob Baffert-trained filly obliterated four rivals in a 1-mile allowance race. After casually tracking splits of :23.34 and :47.06, As Time Goes By took command and powered clear under the lightest of hand rides to win by nine lengths.

As Time Goes By hit the finish line in 1:36.70, an excellent time on a day when the Santa Anita main track wasn’t playing particularly fast. The sky may be the limit for As Time Goes By, who appears bound for stakes company — perhaps even Grade 1 company — in the very near future.

The latest exciting 3-year-old from the barn of Bob Baffert, Concert Tour looked sharp in his debut on Friday at Santa Anita. Favored at even money in a 6-furlong maiden sprint, the Gary and Mary West homebred left no doubt about his superiority while cruising to a 3 1/2-length victory.

Indeed, Concert Tour was much the best. After pressing the pace through a :22.18 quarter, Concert Tour took command through a half-mile in :45.26 and drew off under a hand ride to reach the finish line in 1:10.40. Runner-up Mr. Impossible — a promising first-time starter in his own right — pulled eight lengths clear of the rest but was never a match for Concert Tour.

A son of Street Sense out of a Tapit mare, Concert Tour is bred to improve while stretching out around two turns, so you can bet we’ll see this promising bay colt on the Kentucky Derby trail before long.

Although Souper Sensational was beaten 3 1/2 lengths in a fairly slow renewal of Saturday’s Silverbulletday Stakes at Fair Grounds, I’m willing to give the daughter of Curlin another try next time she runs.

After all, Souper Sensational received a challenging trip in the Silverbulletday. After breaking from the rail, she was bounced around in traffic a couple of times heading into the first turn, forcing her to settle in last place while the leaders carved out pedestrian fractions of :25.66, :49.96, and 1:14.55. Under the circumstances, Souper Sensational never had a realistic chance to win, but to her credit she came rallying wide to finish second best in a deceptively good effort.

Souper Sensational has the pedigree to improve with maturity, so I’m excited to see what she can accomplished with clean trips through the course of 2021.

Ten days after winning a 5 1/2-furlong allowance sprint over the Fair Grounds turf course, Born Great failed to seriously menace in Saturday’s Duncan F. Kenner Stakes over the same course and distance. After tracking a speed duel from third place, Born Great couldn’t kick on when called upon and weakened to finish fifth, beaten four lengths.

Perhaps wheeling back on short rest prevented Born Great from producing a peak effort, but I was expecting a better finish and will want to watch his next run before returning him to my watch list.