Horses to Watch: An under-the-radar turf sprinter to follow 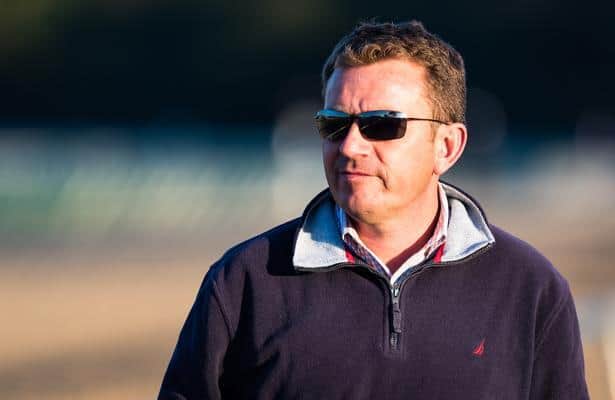 Beantown Baby might not be a Grade 1 winner in the making, but then again, maybe she is. The five-year-old daughter of Artie Schiller has not missed the exacta in seven starts since transitioning from dirt to turf, including five increasingly impressive victories.

A former claimer, Beantown Baby has been rising steadily through the ranks. The Arnaud Delacour trainee has been especially formidable since returning from a long layoff last month. After rolling to victory in a five-furlong allowance race at Pimlico, Beantown Baby completely shredded a similar race at Delaware Park last Monday. Racing to a daylight lead through splits of 22.31 and 45.17 over a good course, Beantown Baby drew off under a light hand ride down the stretch to score by 2 3/4 lengths.

I do not know what level will ultimately be the ceiling for Beantown Baby’s potential. But if she stays sound, I think she can win a stakes (maybe even a graded stakes) sprinting on turf this season.

It’s hard to knock the performance Twilight Gleaming produced in the Queen Mary (G2) at Royal Ascot. The Wesley Ward trainee was always forwardly placed and held the lead with a furlong remaining, but she could not quite maintain her pace through the final 200 yards, weakening to finish second by 1 1/4 lengths.

But even in defeat, Twilight Gleaming reiterated her status as a high-class juvenile sprinter. The daughter of National Defense could be a viable candidate for the Breeders’ Cup Juvenile Turf Sprint (G2) at Del Mar if she returns to the U.S. in good order this summer.

Failed to seriously challenge in the Norfolk (G2) at Royal Ascot, taking up a tracking position before weakening to finish eighth out of 15. It was not a bad effort for his turf debut, but I will want to see how he fares in his return to North American before betting him again.

Crystal Cliffs might not be a lock to prevail in Sunday’s 11th race at Monmouth Park, the Eatontown (G3, post time 5:02 p.m. EDT). The caliber of competition is deep—among the dozen runners in the main body of the field, Crystal Cliffs is one of just two horses without a stakes victory to her credit.

But I believe Crystal Cliffs can change that story in the Eatontown. The Graham Motion-trained four-year-old showed significant promise in the Regret S. (G3) at Churchill Downs last year, overcoming a challenging inside trip to finish second by a head against future Grade 1 winner Harvey’s Lil Goil. Crystal Cliffs fired off another game effort when returning from a 10-month break in the Dahlia at Pimlico two months ago, finishing second by a nose after leading into the homestretch.

If Crystal Cliffs takes a step forward in her second start of the season, she can factor at a nice price, even while facing tough competition in the Eatontown.