Horses to Watch: 7 are entered for pre-Breeders’ Cup week 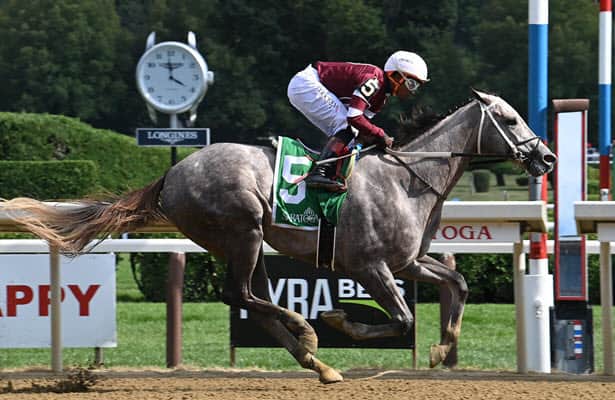 Nine victories from 11 starts. Five stakes wins to her credit. Amadevil is a standout among Ohio-bred female sprinters, and she looms as a heavy favorite to win Saturday’s fifth race at Mahoning Valley, a six-furlong allowance (post time 2:07 p.m. EDT).

Amadevil enters off back-to-back blowout sprint stakes scores at Thistledown and has already defeated the majority over her Saturday rivals. She’s 3-5 on the morning line and figures to post another easy victory, though it’s worth noting her lone defeat against Ohio-breds came here at Mahoning Valley.

Bubble Rock put together a solid record last fall and winter, winning the six-furlong Matron (G3) on grass at Belmont Park before nabbing the one-mile Cincinnati Trophy over the Turfway Park Tapeta. Bubble Rock recently returned from a layoff to finish sixth in the 6 1/2-furlong Music City at Kentucky Downs, a deceptively good performance given the tricky nature of that European-style turf course.

Returning to a more typical course configuration should help Bubble Rock rebound in Friday’s eighth race at Keeneland, the Valley View (G3, post time 4:44 p.m.). She’s facing a large field of capable rivals, but may be capable of outrunning expectations as a 15-1 longshot.

Echo Again looked like a star in the making when he trounced his debut sprinting 6 1/2 furlongs at Saratoga, winning a maiden special weight by 6 3/4 lengths with a flashy 99 Brisnet Speed rating. But he subsequently faltered as an odds-on favorite in the 1 1/16-mile Iroquois S. (G3) at Churchill Downs, advancing into a contested pace before fading to finish seventh.

Echo Again will try again over 1 1/16 miles in Sunday’s eighth race at Churchill Downs, a $100,000 allowance optional claimer (post time 4:33 p.m.). Perhaps dropping in class can get the son of Gun Runner back on track.

Slowly but surely, First Captain is living up to his stout pedigree and $1.5 million purchase price. The 4-year-old son of Curlin won the Pimlico Special (G3) during the spring, missed by a nose when second in the Suburban (G2), and most recently unleashed a sustained rally to finish third in the Jockey Club Gold Cup (G1).

Dropping down in class for Saturday’s ninth race at Keeneland, the Fayette (G2, post time 5:16 p.m.) should help First Captain return to the winner’s circle. He’s facing a small field without much pace on paper, which should help the stretch-running colt stay in touch early on. From there, First Captain can use his homestretch acceleration (he’s consistently quick down the lane) to outkick his rivals and secure first prize.

Frank’s Honor is bred top and bottom to thrive running long and improve with maturity, so it’s unlikely we’ve see his best yet. This Kenny McPeek trainee could be bound for the Kentucky Jockey Club S. (G2) if he runs well on Sunday.

A subtly troubled trip may have cost Going Global first place in the John C. Mabee (G2) at Del Mar last month; she had to wait in traffic at a key moment on the far turn before re-rallying to finish second by half a length against Avenue de France.

The first six starts of Wit’s career were memorable; competing in one-turn dirt races, he won the Sanford (G3) and Bay Shore (G3) while placing in the Hopeful (G1) and Champagne (G1). But Wit remarkably reimagined himself as a two-turn turf horse during the summer at Saratoga, running second in the National Museum of Racing and Hall of Fame (G2) before pouncing to a 2 3/4-length score in the Better Talk Now.

Wit will continue down the turf miler path in Saturday’s eighth race at Keeneland, the Bryan Station (G3, post time 4:44 p.m.). He’ll likely face a full field and must reckon with National Museum of Racing and Hall of Fame winner Ready to Purrform and Belmont Derby (G1) hero Classic Causeway, but Wit is the morning line favorite and should give a good account of himself.