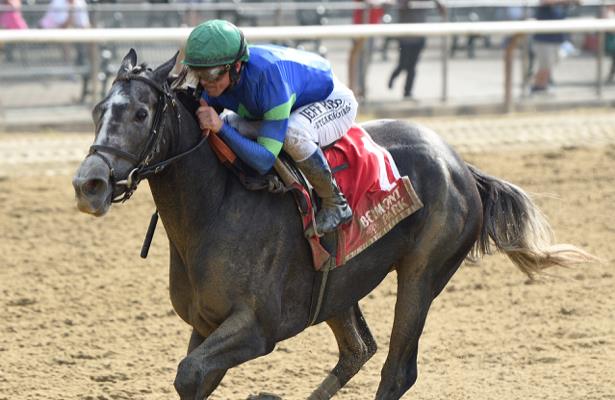 Saratoga's outstanding summer meet winds down this weekend, but there's one big Saturday of racing left featuring the Woodward Stakes (G1). The weather looks perfect, so expect fast and firm conditions, and we'll see if we can build a bankroll leading up to the feature with some undercard value plays.

#3 Break Even (1-2) and #4 Break Curfew (20-1) might hook up early, and #5 ROYAL CHARLOTTE (4-1) could sit in the right spot if that happens. Chad Brown’s filly lost for the first time in a below-par effort in the Test (G1), but that was at seven panels versus much better (Covfefe, Serengeti Empress, Bellafina) than she faces here. She is 3-for-3 at this distance and could easily bounce back under Javier Castellano. Break Even is 6-for-6 overall and 3-for-3 at this distance. She is an obvious threat but will take more money than she should. The other runner worth considering is #2 Risky Mandate (3-1). She easily won both starts from off the pace for Tom Amoss, and this is her shortest and toughest test to date.

#2 Good Governance (2-1) got pace help and went last to first in his local flat mile turf debut on the inner turf course. He would be no surprise for Brown but will take more win money than he should. #6 Seismic Wave (5-2) is an okay late runner on turf for Bill Mott. He disappointed in his last pair against better, and he is a tight fit class-wise today. His lack of speed in a race with no pace is a concern. #4 Global Access (9-2) is versatile and consistent, and he captured the Marine (G3) at Woodbine on all-weather ground May 25. He won a restricted stakes race on turf at Tampa Bay earlier this year, and was last seen rallying for the show in the Hall of Fame (G2) here on Aug 2. #3 RINALDI (5-1) is a lightly raced, improving New York-bred gelding with early-pressing versatility. He stretched out and controlled the pace in an easy front-running win versus state-bred stakes foes on July 24, and runner-up Funny Guy returned to win the Albany Stakes. Jose Ortiz is 3-for-4 with James Bond recently, and my value top choice looks the controlling speed again.

There are a few ways to go here. #3 Mr Jaggers (2-1) ran okay in his local turf route debut as the favorite for Bill Mott, and #2 Policy Option (3-1) has every right to move forward for Chad Brown. Either of those second-timers could get the job done, but I am most interested in Todd Pletcher’s debuting runner, #4 NO WORD (9-2). Jose Ortiz rides, his dam has produced four turf winners, and I like the alternating turf and dirt workouts since July 28.

This race is wide open. #4 Santa Monica (2-1) is solid enough for Chad Brown and will probably be somewhere in the money, but she is hardly a slam dunk. Brown also has #2 Fools Gold (5-2), a consistent filly who exits a decent win in the Waya (G3). Graham Motion has entered two interesting runners, beginning with #1 Empressof the Nile (8-1). She exits a nice local optional claiming score at 9.5f on turf Aug. 1. Irad Ortiz Jr. let her lag and finish the day, and that might be her preferred style. #5 MRS. SIPPY (4-1) is the new face I want. Motion excels with shippers to the U.S., and she missed by a head in the Princess Royal Nayef (G3) at a mile and a half on turf last September. Joel Rosario takes the call and she fired a six-furlong Fair Hill bullet for this Aug. 17.