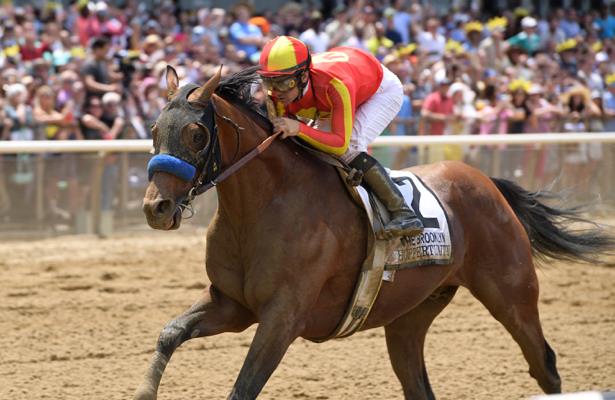 Hoppertunity, who at the relatively advanced Thoroughbred age of 7 continues to win races in top company, will carry high weight of 125 pounds Wednesday in the Grade 3, $100,000 Cougar II Handicap at the marathon distance of a mile and one-half over Del Mar’s main dirt track.

The son of Any Given Saturday, owned by Mike Pegram, Karl Watson and Paul Weitman and conditioned throughout his career by Bob Baffert, will have seven rivals in the mid-week headliner.

Hoppertunity, two-for-two at the 12-furlong distance of the Cougar, has won two of four starts in 2018 – the Tokyo City Handicap by six and one-half lengths at Santa Anita in April and the Grade 2 Brooklyn Handicap at Belmont Park in June by two and one-quarter lengths. Most recently, he was fourth in the Suburban.

Unapologetic comes into the Cougar on a two-race win streak in optional claiming company, the first victory of which was at twelve furlongs. Twentytwentyvision was runner-up to Hoppertunity in the Tokyo City while Chilean-bred Full of Luck has competed in stakes company in three races since being imported to the United States.