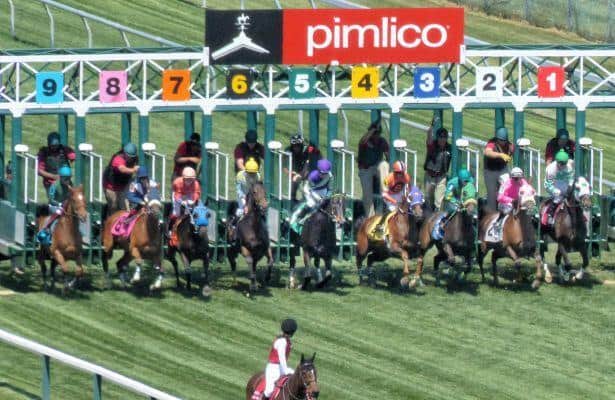 The field-size issue is not so much about a lack of horses but owners. At least that was the refrain from a survey of racing executives across the U.S.

In the short term, the horse numbers are dire. Average field size in July 2022 was 7.53, which is the lowest ever. The previous record was July 2021, so that’s two consecutive years of historically low field sizes during one of racing’s busiest months.

"I definitely see the field size issue as one of cycles," said Mike Rogers, vice president of racing for 1/ST Racing. "There are so many opportunities but limited horse flesh, and that spreads the horses out quite a bit. We’re all fighting for a smaller pool of horses and owners."

The racing calendar helps define those cycles. There is more racing in July than any other month before, and filling the more limited opportunities earlier in the year has helped boost overall field size numbers for 2022.

"At the end of the day it’s a numbers game, and there’s only a finite number of horses," said Chris McErlean, vice president of racing for Penn National Gaming. "If one area is doing well then another area probably isn’t until it comes up with a better mousetrap to get those same horses. Unfortunately, we’re stuck moving pieces around but the total pie is not growing."

Field size will be one of the issues addressed at the Jockey Club’s Round Table Conference on Matters Pertaining to Racing on Sunday in Saratoga Springs, N.Y., when Lauren Stiroh presents “An economist’s view on on trends in racing and breeding.” Stiroh is managing director of NERA Economic Consulting and confirmed for Horse Racing Nation that her presentation will touch on field size.

It will be interesting to see how ownership is woven into the field size discussion, as The Jockey Club is intimately involved marketing racing to potential owners through its America’s Best Racing and OwnerView initiatives. As U.S. Thoroughbred racing’s official registry, The Jockey Club is also acutely aware of a reduction in the horse population. The foal crop was more than 30,000 in 2008 and 20,000 in 2017 but down to less than 18,000 in 2021. The North American foal crop has dropped by 50 percent from 2005 to 2021.

"I think one thing people miss when we talk about field size and the foal crop is to step back and recognize that there is an owners shortage," Rogers said. “The breeders will supply the product if the demand is there, so this all starts with needing owners to want the horses.

There is also the issue of owners wanting to race their horses, at least against each other. Ben Huffman, who is racing secretary of Churchill Downs and Keeneland Race Course, said he sometimes struggles filling races because so-called “super trainers” often have multiple horses for the same condition.

"It’s frustrating," Huffman said. "It’s very frustrating to have a trainer tell me that he doesn’t want to run owners against each other. The big stables are bigger than ever, and I wish some of these owners would take a look at the little guy. It’s a free country, and you can send your horse to whomever you want. But the smaller stables are fading away, and racing needs those trainers. Every jurisdiction needs those trainers."

"We’re losing owners, yes, but part of the problem is that among the smaller group of owners they’re racing against themselves and employing the super trainers," McErlean said. "It’s a fundamental problem that I think racing has acknowledged, but change is very difficult and can’t be done in a vacuum. You can limit stalls, write less specific conditions, and get rid of restricted races, but if you’re the only one doing it then it won’t work."

Rogers agreed and said that a focus on owner recruitment could not only increase the pool of owners but also their competitiveness.

"These syndicates are great, but ultimately it would be nice if more people broke off on their own," Rogers said. "My experience is that most people who care about this sport got involved through a mentor – a family member or friend. I wish I knew how to do that on a broad scale. It’s personal for those who get involved. Our marketing teams work hard, but there’s no replacement to first-hand experience, and it can be intimidating to make a bet. There’s no intimidation walking up to a slot machine."