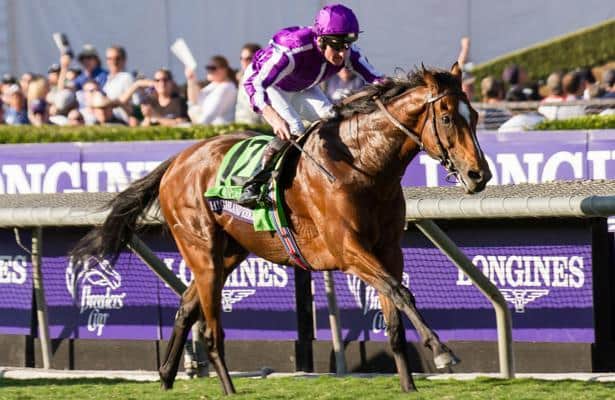 Highland Reel (IRE) and Seventh Heaven (IRE) - Will be among the last batch of horses to arrive for the Dubai Sheema Classic world’s richest raceday. They are scheduled to land from Ireland early on Tuesday morning as part of trainer Aidan O’Brien’s nine-strong team, the largest ever to represent Ballydoyle at the meeting. The squad will observe the usual 48 hours’ quarantine before appearing in public on Thursday morning.

Earnshaw (USA) - Trainer Salem bin Ghadayer said: “He is a horse we have always really liked and keeps running well without, perhaps, enjoying much luck. It is a tough race but we are happy with him.”

“He just did a light canter, we’re just freshening him up after he did the majority of his work in his run earlier in the month,” said Johnson. “I couldn’t be happier - he’s tighter and moving well.

“He’ll do one more piece of work later in the week.”

Jack Hobbs (GB) – John Gosden’s charge cantered with a lead horse just after 8am on the all-weather training track.

Sounds Of Earth (JPN) - Assistant Trainer Masaoki Nakata said: “He arrived in very good condition, similar to the way he is in Japan and is eating well. We'll be working him entirely on dirt. I'll ride him for his fast work on Wednesday, on the dirt course.”