Higher Power gears up for another try in Breeders' Cup Classic 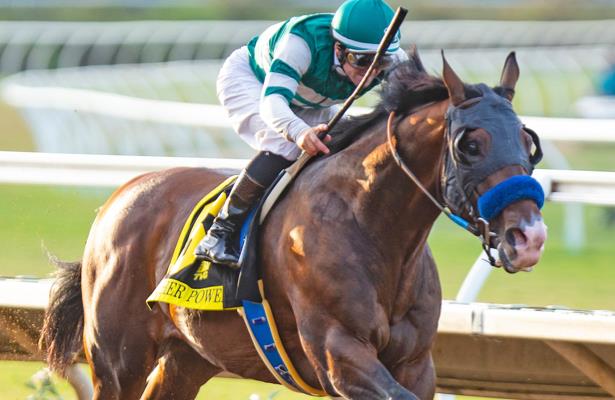 “He seems happy,” Leyva said. “He’s got two works left and that will tell us if he is up to running in the Classic.”

Sunday’s work was the third this month here for Higher Power, who shipped in from Southern California to have plenty of time to settle in at Keeneland before his expected Breeders’ Cup engagement Nov. 7.

Sadler has two other Breeders’ Cup hopefuls on the grounds: Hronis Racing’s Chaos Theory for the Turf Sprint (G1) and Paul and Karen Eggert’s Ollie’s Candy for the Distaff (G1).

On Sunday morning, Chaos Theory worked a bullet half-mile in :47.80 over firm turf with a final quarter-mile in :22.40. It was his first work since finishing fourth in the Woodford (G2) on Oct. 3.

Ollie’s Candy, runner-up in the Spinster (G1) on Oct. 4, is scheduled to work in the next couple of days, according to Leyva.