Here are the lineups for the Indiana Derby, Oaks 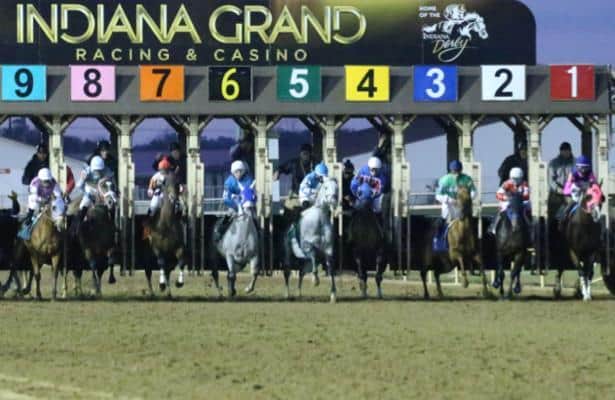 Indiana’s richest horse race will headline a day with purses of more than $1 million on Wednesday. The featured 27th running of the Grade 3, $300,000 Indiana Derby will be the final event on the 12-race program that begins at 2:25 p.m. EDT.

Heading the list of seven entrants for the Indiana Derby is Fulsome from the Brad Cox stable. The 3-year-old Into Mischief colt owned and bred by Juddmonte Farms of Kentucky comes into Indiana on a three-race win streak. He scored an allowance win at Keeneland in early April followed by a win in Arkansas in the $300,000 Oaklawn Stakes. His latest trip to the winner’s circle was in the $150,000 Matt Winn (G3) at Churchill Downs in late May. Fulsome has drawn post 1 and will be guided by Florent Geroux, who won the 2020 Indiana Derby aboard Shared Sense for Cox.

Joining Fulsome as a likely favorite is Mr. Wireless from the Bret Calhoun stable. The Dialed In gelding finished second in his last start, the $300,000 Texas Derby at Lone Star and is two for four this season. Mr. Wireless has drawn post 7 and will be ridden by Ramon Vazquez. Calhoun was the winner of the 2019 Indiana Derby with Mr Money.

Missing from the entries is O Besos from Greg Foley's barn. O Besos had been pointing to the Indiana Derby while at Churchill Downs, but a last-minute decision was made to skip the race.

“We’re just passing the race," Foley said through correspondence with turf writer Jennie Rees. "We checked him out, didn’t really find anything. (But) I wasn’t going to run him if he wasn’t 100 percent. No sense entering him when I’m not going to run him. I don’t think it's anything bad. Maybe the work the other day jammed something up a little. He wasn’t lame or off or anything. The exercise rider didn’t like the way he went, and I didn’t either. You don’t want to put him in a race like that when I didn’t like the way he went a few days before it.”

Estimated post time for the Indiana Derby is 8:25 p.m.

Also featured on the 12-race card is the 26th running of the $200,000 Indiana Oaks (G3), slated as the 11th race on the card. Eleven sophomore fillies have been entered for the race, with the early nod going to the inside filly Will’s Secret. Ridden by Jon Court, the Will Take Charge 3-year-old finished third in her last start in the $1.25 million Kentucky Oaks at Churchill Downs. She is owned by breeder Willis Horton Racing and trained by Dallas Stewart and will start from post 1.

Sitting directly to the right of her in the starting gate will be California invader Soothsay from the Richard Mandella barn. The Distorted Humor filly is 2-for-3 this year after going unraced at 2. Her last start was a second-place finish in the $200,000 Sumer Oaks Stakes (G2) at Santa Anita. Flavien Prat guides Soothsay from post two.