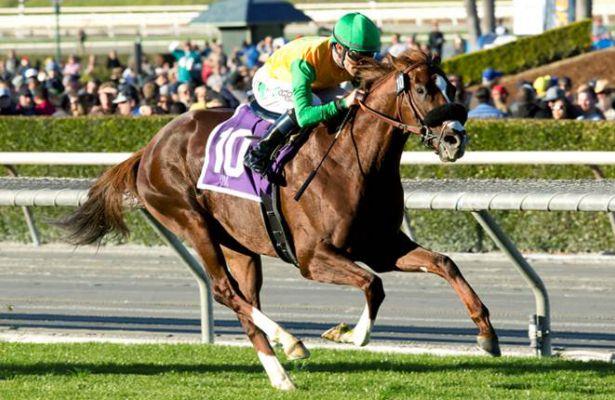 Om, a consistent son of Munnings trained by Dan Hendricks for the Sareen Family Trust, seeks his fourth Grade II victory in Saturday’s $200,000 City of Hope Mile on grass, a race Hendricks hopes will lead to the $2 million Breeders’ Cup Mile at Santa Anita Nov. 5.

Om captured the Del Mar Derby, the Twilight Derby and the Mathis Brothers Mile, each with Grade II status, and was second last out in the Grade II Del Mar Mile Handicap on Aug. 21.

“The post position (four of 10) is good and he’s coming up to it good,” Hendricks said. “He’ll need a nice trip. If he runs good, the plan we set up last March is to go in the Breeders’ Cup Mile, and so far, it’s working out real well.”

As if there wasn’t enough speed in the City of Hope, Peter Miller adds fuel to the fire with St. Joe Bay, a versatile and quick Florida-bred son of the A.P. Indy stallion Saint Anddan who had Triple Crown aspirations in his three-year-old season last year.

“He’s a good horse,” said Miller, who won two races yesterday to give him six in the first four days and put him three in front of Mark Glatt in the standings. “He’s really come around since we gelded him (two races back), so we figured we’d take a shot.”

Miller trains mainly out of San Luis Rey Downs, “but I keep my second string here,” he said, “and my first string down there. We’ve got about a dozen horses at Santa Anita, plus ship-in stalls. The track here seems good, the turf seems good. They’re doing a real good job so far.

“If I was oh for the meet, I’d hate it,” he added, laughing. “Trying to be objective, the track seems safe, it seems fair; the turf is a little fast, but once the grass grows a bit and gets longer, it won’t be so fast.”

Doug O’Neill, meanwhile, sends out longshot Frank Conversation in the City of Hope. The three-year-old Quality Road colt will be making his first start since May 7, but has two bullet works at Los Alamitos.

“He’s training really well,” O’Neill said of the winner of the Grade III El Camino Real Derby on Golden Gate’s synthetic Tapeta course last Feb. 13. “We’re throwing him into the deep end off a layoff, but he’s pretty fit and acts like he’s ready to get back to the races.”

Steve Specht vanned Ed Johnson down from the Bay Area Tuesday for the City of Hope, in which he is a rank outsider at 30-1 on Jon White’s morning line.

“He’s not a bad colt, but he’s a three-year-old running against older,” noted Specht, trainer of the Louisiana-bred gray for owner Louis Figone who races as Frankfurt Stable.

“It’s been a while since the horse has run (Aug. 6), because he’s had issues with his feet, quarter cracks and such, but we’ll see what we’ve got.”

Kitkat, the Filly from Chile, makes her United States debut in Saturday’s $70,000 Swingtime Stakes for fillies and mares, three and up, at one mile on turf, a race her connections expect will lead to the $2 million Breeders’ Cup Mile against males on Nov. 5.

A Group I winner in her native Chile, the Swingtime will mark the first race for Kitkat since May 22 when she beat 14 rivals going a mile and a quarter on turf in the Group I Club Hipico Falabella in Chile where she has run all 13 of her previous races, winning seven, each under regular rider Gonzalo Ulloa Perez, who will make his Santa Anita debut Saturday.

“The filly has been here since July; she is 100 percent and in good condition,” said former jockey Octavio Vergara, a native of Santiago, interpreting for 34-year-old trainer and fellow countryman Sebastian Silva. “She trained two months at Del Mar and now is ready for tomorrow’s race. She’s going to win and then she’ll be ready for the Breeders’ Cup.

“In Chile, plans have already been made for her to run against the boys in the Mile,” concluded Vergara, who turns 60 on Dec. 23.

Silva has been training for three years and comes from a family of horsemen. His father, grandfather, uncle and brother were all “in the horse business.”

“This is my first time in California and I love it here at Santa Anita,” he said through Vergara. “It’s so picturesque and the mountains remind of home in Santiago. It’s beautiful.” 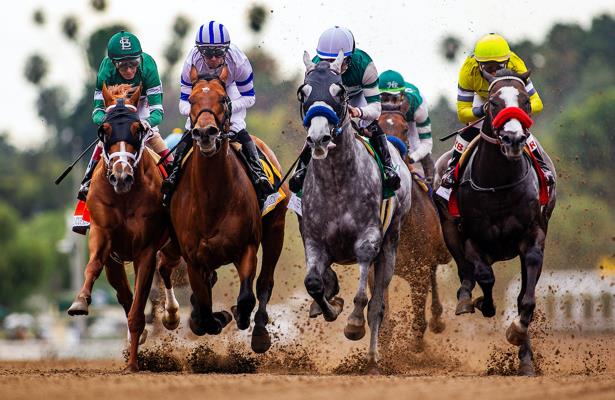 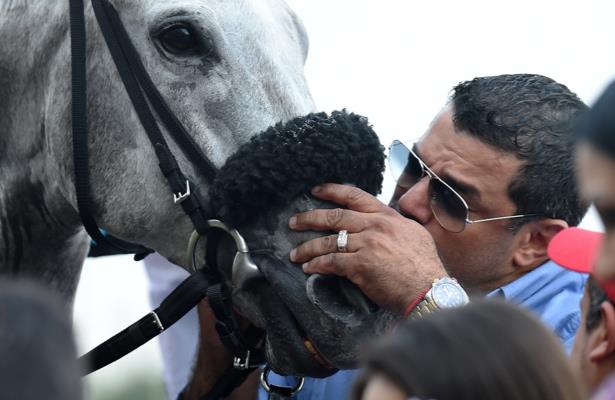