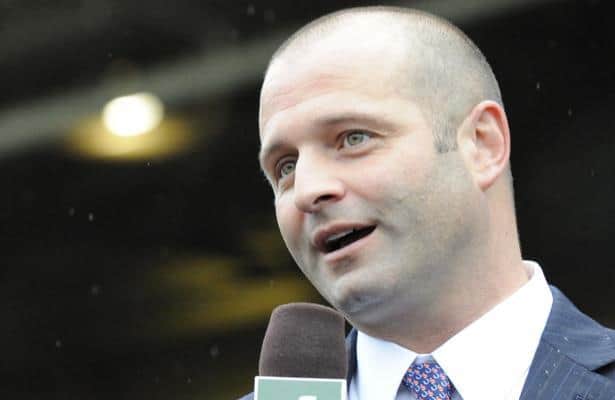 Curragh Stables' Heavenly Score will look to capitalize on class relief when she competes against a field of seven in the $100,000 Shine Again Stakes for fillies and mares on Wednesday at Saratoga.

In her graded stakes debut last out, Heavenly Score finished third in the Grade 3 Intercontinental on June 7 at Belmont Park, stalking pacesetter Faypien before finishing one length behind winner La Sardane at the Shine Again distance of seven furlongs on the turf.

Trainer John Terranova will now move the 4-year-old Even the Score filly back to dirt, where she beat allowance company on December 22 at Aqueduct Racetrack before running seventh in the Interborough in her last main-track appearance on January 15 at the Big A.

Jockey Luis Saez picks up the mount and will ride from post 7.

Your Love will look to give trainer Chad Brown his third consecutive Shine Againwin, returning to stakes competition after running second to Nisha in a six-furlong optional claimer on June 28 at Belmont.

The 4-year-old daughter of Flatter ran second in her previous Saratoga race, finishing a neck behind Ring Knocker in an optional claimer last September. That marked a return to the Spa after finishing sixth in the 2017 Grade 1 Test.

Brown won last year's edition with Carina Mia and again with Wavell Avenue in 2016. Hall of Fame jockey Javier Castellano, who picked up the mount last race, will have the return call from the outside post.

Multiple stakes-winner Wonderment ran third in the La Verdad on January 18 at Aqueduct Racetrack and enters off a six-month layoff. Now 5, the Kenny McPeek trainee won the Dancin Renee and the Arctic Queen in 2017 and is the field's most-seasoned entrant with 20 career starts with a 5-2-4 record. Her only previous start at the Spa was a fourth-place finish in last year's Union Avenue. Dylan Davis will ride from post 2.

Carienn has been knocking on the door in her quest for a first trip to the winner's circle in stakes action, finishing on the board and earning identical personal-high 85 Beyer Speed Figures in her last three starts, which marked her first three career stakes.

Trained by Graham Motion, Carienn rallied for third in the Dashing Beauty on July 7 at Delaware Park, following a similar pattern when she got up for third behind Highway Star and Lewis Bay in the Grade 3 Bed o' Roses Invitational on June 18at Belmont.

The First Dude filly started her year as the runner-up in a starter allowance on January 26 at Aqueduct, which was followed by back-to-back wins at Laurel before Cairenn made her stakes debut in the Primonetta on April 21 on the same Maryland track. In her first race at Saratoga, jockey Jose Ortiz picks up the mount, breaking from post 5.

Yorkiepoo Princess will be seeking her first win in eight starts for trainer Edward Barker. After finishing out of the money as a 3-year-old in the 2017 Grade 2 Gazelle, Grade 2 Black-Eyed Susan and Grade 2 Prioress at Saratoga, she ended her year with a strong second in the Grade 3 Charles Town Oaks for her best graded stakes finish.

Following nine months off, Yorkiepoo Princess returned to action, finishing third in an optional claimer at six furlongs on June 28 at Belmont. Junior Alvarado, who was aboard for that race, will be in the irons again from post 6.

Rounding out the field are Aura Rose, trained by Lacey Gaudet, from post 1; Come Dancing, conditioned by Carlos Martin out of post 4; and Impasse, trained by Hall of Famer D. Wayne Lukas.