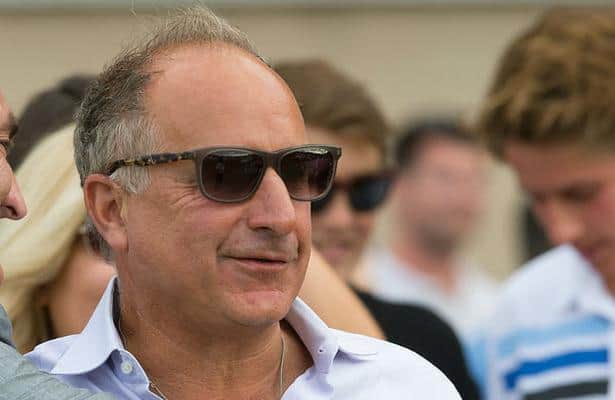 Los Alamitos stewards postponed a hearing for trainer Richard Baltas, who was accused of illegally doping horses at Santa Anita in the spring.

Attorney Darrell Vienna told Daily Racing Form that he received a 30-day continuance in the case. A new hearing was not scheduled, according to the report, and will not occur before July 31 at Del Mar. With the postponement, it was not clear whether Baltas will be permitted to start horses when the Del Mar summer meet begins July 22.

Last week, the California Horse Racing Board filed a formal complaint against Baltas, alleging that surveillance video showed 23 horses in his care were given illegal substances on race day. The board had launched an investigation into potential medication violations by the trainer in May.

According to the complaint, the violations occurred from April 15 through May 8. It claims members of Baltas's staff at Santa Anita were seen on video administering substances that a later UC Davis analysis determined to be Higenamine and Paenol.

Baltas had been scheduled to appear before the board of stewards at Los Alamitos on Friday.

On May 12, Baltas was temporarily suspended from entering horses at Santa Anita or any of its sister tracks, pending the completion of an investigation into alleged medication violations by parent company 1/ST Racing. At the same time, the CHRB also launched its own inquiry into the matter.

Four days earlier at Santa Anita on May 8, Baltas's runner Noble Reflection was a late scratch by order of the stewards before the 10th race because of what sources told Horse Racing Nation was a violation of race-day medication protocols. That came one day after another Baltas runner, Speedcuber, suffered a fatal injury near the eighth pole of a maiden special weight race on dirt at Santa Anita.