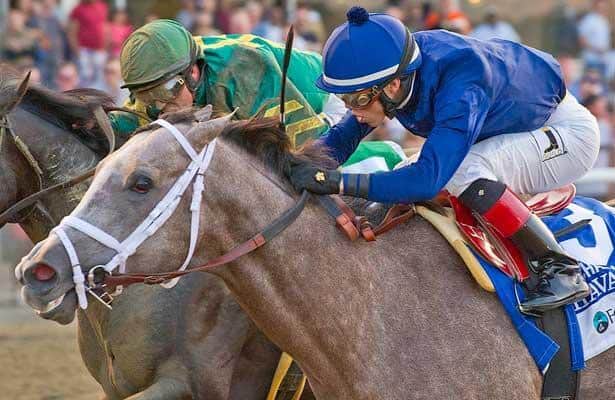 "Timing wise it worked out," said Pletcher's assistant, Byron Hughes. "His progression into this year fit into this weekend. He was in Florida most of the winter, then came up to [New York] and he's been doing everything great so far. I've seen a steady progression in his breezes - they've been getting better and better. He loves to train."

Havana will take on the Bob Baffert-trained The Admiral on Sunday, who finished fourth in the Grade 3 Bay Shore at Aqueduct Racetrack last out, as well as

Pure Sensation, who finished third behind Extrasexyhippzster and Oliver Zip in the Don Rickles.

Havana and The Admiral will be coupled in the wagering as they are both owned by Mrs. John Magnier, Michael Tabor, and Derrick Smith.

Pletcher will send out another stakes runner on Sunday as Mike Repole's Micromanage will take on a field of seven in the Drosselmeyer overnight stakes for older horses at 1 ¼ miles. The son of Medaglia d'Oro turned in a career-best performance in the 1 3/16-mile, Grade 3 Skip Away at Gulfstream Park, his first start equipped with blinkers.

"We put blinkers on him in the [Skip Away], and I think that was the biggest difference for him," said Hughes. "He seemed to really benefit from them; he was a lot more focused. He shipped up here [after the Skip Away] and has been training great up here, as well. If he puts in the same effort he did last time, he can absolutely compete with some of the top older horses."

These were the weekend's fastest stakes winners
Taiba proved that he's a runner to be reckoned wit...
x