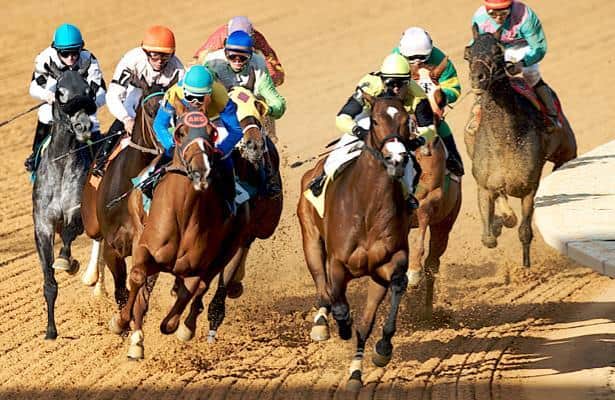 With racing ceased at most racetracks throughout North America and the world due to COVID-19, the five Thoroughbred tracks still operating in the U.S. in April have saw a massive increase in wagering through the first two weeks of the month.

From April 1 until the start of the current racing week, wagering at Gulfstream Park, Oaklawn Park, Tampa Bay Downs, Fonner Park and Will Rogers Downs rose a combined $154,819,497, or 129%, from a year ago.

Of course, those tracks benefited tremendously with the cancellation or postponement of racing at other ovals around North America, especially the major race meets in Kentucky (Keeneland), New York (Aqueduct) and California (Santa Anita Park).

Still, the numbers show how many handicappers and new players have adapted.

At Fonner Park in Grand Island, Neb., both daily average handle and total handle in April is up an eye-catching 1,320% from a year ago. Fonner Park has had the same number of race days, though the program switched from a Friday through Sunday schedule last year to Monday through Wednesday this season.

Gulfstream enjoyed the biggest increase in wagering volume of the five operating tracks during the time studied. With an identical race schedule as a year ago, total handle at Gulfstream in April jumped from $59,550,339 last year to $113,219,729, a 111% increase.

Races per day at Gulfstream increased to 10.8 the first two weeks of April from 10.1 a year ago.

Through the first two weeks of April, a robust $28,836,104 has been wagered on Will Rogers Downs.

While handle at these tracks has ballooned, for track operators the numbers aren't nearly as gaudy with betting happening off site. Fonner Park CEO Chris Kotulak noted at the start of the wagering boom that it receives only a 3% commission on wagers made off track, which is significantly less than is received from wagers made on location.

Simulcast fees have long been paid on a tiered system with the smallest tracks like Will Rogers and Fonner Park receiving 3% to 3.5% of money wagered off track. More mid-tier tracks like Tampa Bay Downs currently receive between 6% to 8% and top-level signals like Aqueduct, Churchill Downs and Santa Anita receive upwards of 9% of off-track handle, according to sources.

Despite those racetracks in operation showing what can be done with proper protocols, the numerous track closures has led to a 37.6% drop in wagering on North American racing year-over-year during the first two weeks of April.

In their own words: 6 regulars say farewell to Arlington Park
Arlington Heights, Ill.   From vendors to ushers....

Pennsylvania Derby 2021: Odds, PPs, picks and more
A colt who has gamely fought the best of his crop...