Handal's Rossa Veloce on target for Franklin Square at Aqueduct 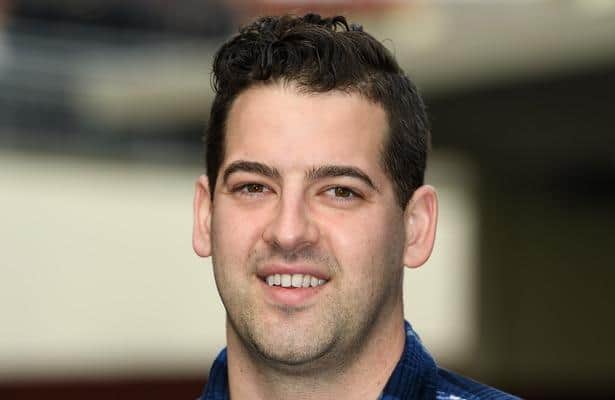 Photo: NYRA Media Center
Following a Dec. 20 triumph against her New York-bred counterparts, Rossa Veloce will take things up a notch in Saturday’s $100,000 Franklin Square at Aqueduct for trainer Ray Handal, who co-owns the daughter of Girolamo in partnership with Blue Streak Racing.

Rossa Veloce will be seeking her first stakes win in the 6 1/2-furlong event for sophomore fillies bred in New York after finishing second in the Key Cents at Aqueduct, where she was 5 1/2 lengths back to Vacay.

“After the Franklin Square, we’ll send her down to Ocala at Sandhurst, which is where a lot of my babies are kept with Nick Esler and Carl Allstop,” Handal said. “They do pre-training and layup with young horses and they have these big, beautiful paddocks. Win, lose or draw, she’s earned a nice little vacation.”

Rossa Veloce won on debut on Aug. 5 at Saratoga over next out winner No Mo Spending, who subsequently won the Joseph A. Gimma on Oct. 1 at Belmont Park.

Bred by John Scott Rogers, Rossa Veloce was acquired for $12,000 by Conor Foley’s Oracle Bloodstock at the 2019 Fasig-Tipton October Yearling Sale in Kentucky. She is out of the two-time winning Hard Spun mare Spuntastic.

Perrine Time Thoroughbreds’ stakes-placed Kansas Kis has been entered on Friday’s card in a six-furlong allowance event and will attempt two consecutive victories after an upset win off a five-month layoff on Nov. 28 at Aqueduct.

The daughter of Constitution was a game second in the Busher Invitational on March 7 at Aqueduct going a one-turn mile, finishing a nose shy of victory to Water White.

Kansas Kis breezed a half-mile in 50.26 on Sunday morning over the Belmont training track.

“She beat a tough field last time,” Handal said. “She’ll run on Friday going one mile. I want to figure her out a little bit before we step forward. That was a big race after a long break, so I didn’t want to go straight into stakes company after that. I wanted to see her going a mile because she did run a big race here going a mile. She’s not small, but she’s average height. She has a lot of balance to her so I want to get some questions answered in this race before making a decision after that.”

Handal has the $100,000 Maddie May, a one-turn mile for state-bred sophomore fillies on Feb. 20, in mind for Irish Constitution, who was last out second beaten a neck to No Mo Spending in the Joseph A Gimma on Oct. 1 at Belmont.

“She had some minor issues. I had her in the other day and scratched her,” Handal said. “I’ve been taking my time with her. She breezed [Saturday] and went a nice three-eighths [in 39.25 seconds]. A soft target spot is the Maddie May at the end of February.”

Owned by Perrine Time Thoroughbreds and West Paces Racing, Irish Constitution is out of the D’Wildcat mare D’Wild Ride. She was bred in New York by SF Bloodstock.

Bush Racing Stable and Scott Labooliere’s Timely Tradition, who scratched out of the Jan. 3 La Verdad, will opt for a lighter spot according to Handal. The 7-year-old First Defence bay mare is an 11-time winner of 32 starts and was a close third two starts back in the Iroquois on Oct. 24 at Belmont to Collegeville Girl.

“I knew that race was coming up tough,” Handal said. “We were just entering to see if something happened and then make a decision from there. We’ll target an open allowance which will be a lighter spot.”