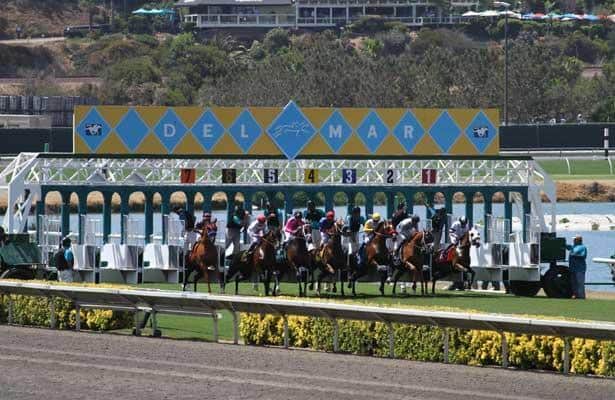 HRTV (R), The Network for Horse Sports, will expand its coverage of the best summer racing action when it adds picturesque Del Mar to its already extensive line-up which, once again, will also include enhanced coverage of the prestigious Saratoga Race Course meeting.

Del Mar's debut on HRTV will begin on Thursday, July 17, while Saratoga will kickoff its coveted 40-day meeting on Friday, July 18.

Del Mar's 36-day meeting, through Wednesday, Sept. 3, will include outstanding racing on a Wednesday through Sunday basis (with an additional card on Monday, Sept. 1, Labor Day), with primarily a 2 p.m. PT post time, excluding Fridays, when twilight racing begins at 4 p.m. PT.  Saratoga will again race six days a week, with a 1 p.m. ET first post, and Tuesdays being the customary "dark" day.

HRTV's daily coverage of both Del Mar and Saratoga will include full post parades, up-to-date odds, and expert race analysis from the network's informative stable of analysts/hosts.

Again this summer, HRTV will augment its coverage of Saratoga when, in conjunction with the New York Racing Association (NYRA), it offers on-site expanded weekend coverage from the iconic facility, beginning on Thursday, July 24.

HRTV's Caton Bredar will kickoff the network's in-depth presence at the Spa for three consecutive weekends, and will turn over the on-site duties to Scott Hazelton for the following three weeks -- through closing day, Monday, Sept. 1.

With Saratoga's daily top-flight racing cards, and customary high-profile graded stakes schedule, HRTV's on-track talent will be there to provide racing fans with the latest up-to-date information, interviews with key owners/trainers/jockeys, race analysis, and much more.

Each of the on-site productions will again be a collaboration with NYRA and involve its outstanding on-air team, which includes Richard Migliore, who is also an analyst with HRTV, Andy Serling, Maggie Wolfendale and Jason Blewitt.

Additionally, Karen Johnson will provide news and story lines for HRTV throughout the Spa meet.

Many young equine stars use the prestigious Del Mar and Saratoga summer meetings as proving grounds and launching points for outstanding careers.

HRTV's new original show, "The Horizon," which debuted in late June, will continue to spotlight the rising stars in the 2-year-old ranks at both Del Mar and Saratoga.  Co-hosted by Zoe Cadman and Daily Racing Form's Brad Free, "The Horizon" is an hour-long show which airs every on Saturday and Sunday at 11 a.m. ET.