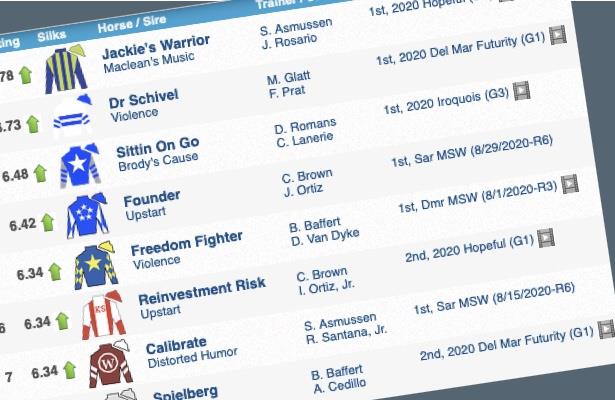 With top summer racing at Saratoga and Del Mar just concluded, talented 2-year-olds will begin to take their first steps toward races such as the Breeders' Cup and ultimately next year's Triple Crown series.

The precocious 2-year-olds already have a start or two down, but more talented juveniles will be on their way. All will be tracked on Horse Racing Nation's newly launched list of 2021 Kentucky Derby contenders.

At this time, the list ranks over 500 2-year-olds, including:

The contender rankings are generated by user and staff ratings for various 2-year-old male horses. If the list is missing a horse you’re watching, you can add that horse, rate him and watch him climb the ladder. Click here for more on HRN’s Power Rankings and voting.

Below is a screenshot of the top 20 contenders as of this writing. Click here to see the complete list of 2-year-old rankings for the 2021 Kentucky Derby. 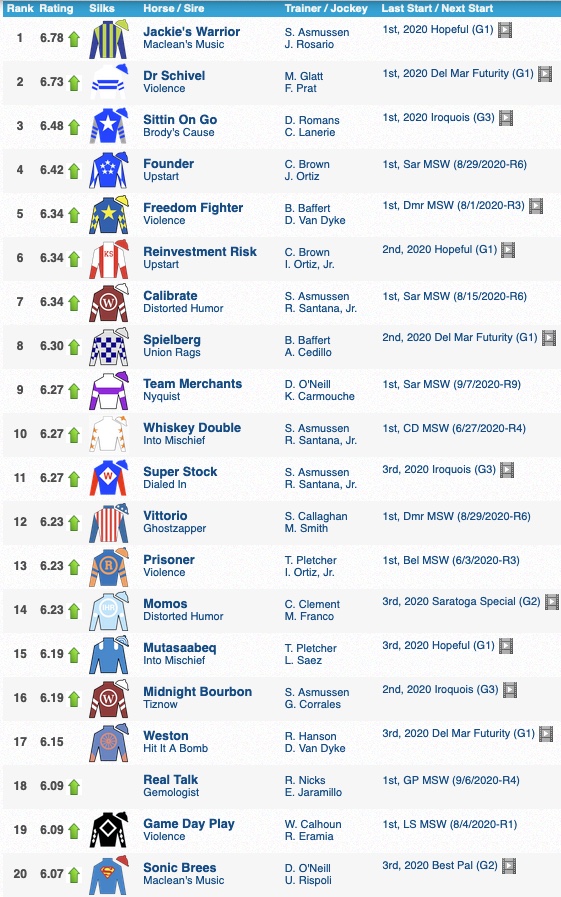