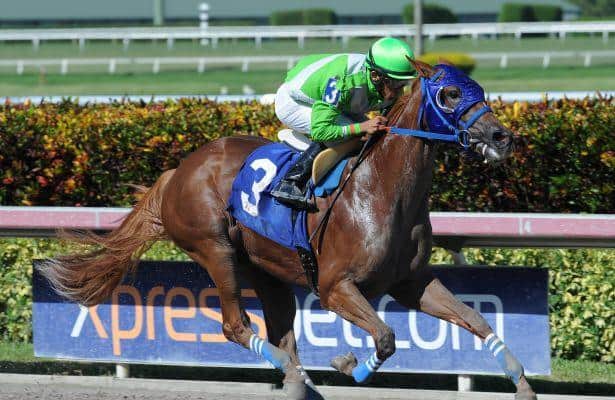 The daughter of Kantharos, who faced six other 2-year-old fillies as the 2-5 favorite in the six-furlong $43,000 optional claiming allowance race, closed from well off the pace, making a three-wide sweep around the far turn and drawing away through the stretch under jockey Edgard Zayas.

“I nominated this filly to the race at Saratoga tomorrow [Friday’s Adirondack (G2)], but the owner decided he wanted to run her in this race,” Sano said. “Maybe, she’ll run in the stake at Saratoga [Sept. 3 Spinaway (G1)] the Sunday before [the Sept. 4 Hopeful (G1)].”

Sano, who saddled Gunnevera for a going-away one-length victory in Sunday’s Saratoga Special, said Peacock Racing Stables’ colt would probably run next in the Hopeful.

Like Gunnevera, who ran his first three races at Gulfstream before experiencing graded-stakes success at Saratoga, Lirica does her best running late, as she did Thursday while running six furlongs in 1:11.47

Lirica finished second in her June 3 debut at Gulfstream Park before graduating by four lengths June 23. The Florida-bred filly, who was purchased for $20,000 at the 2015 OBS August sale, rallied to finish second in the Cassidy Stakes July 2, a half-length behind Cajun Delta Dawn, who came back to capture the $200,000 Desert Vixen, the first leg of the Florida Sire Stakes at Gulfstream  Aug. 6.

Preakness 2022: Two terrible trips likely affected the outcome
On a surface that was very kind to forwardly place...