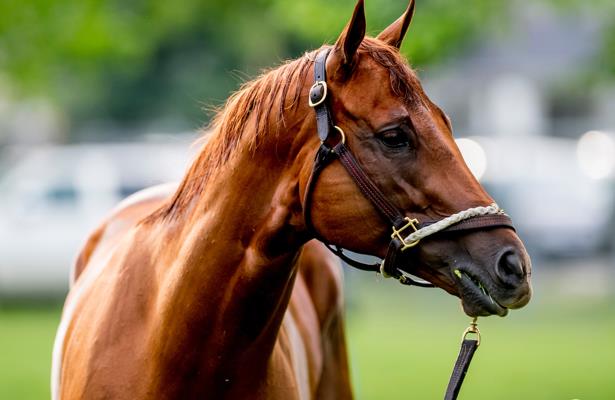 R.A. Hill Stable and Gatsas Stables' Vekoma makes his season debut in Saturday's $75,000 Sir Shackleton, a seven-furlong sprint for 4-year-olds and up at Gulfstream Park.

"He's put weight on and really filled out now," said co-owner Randy Hill. "He looks like a different horse."

Trained by George Weaver, the 4-year-old Candy Ride chestnut has not raced since being elevated to 12th in the Kentucky Derby last May. Hill said connections had hoped to bring Vekoma back in the postponed Carter Handicap (G1) which was initially slated for April 4 at Aqueduct Racetrack.

"George brought him along slowly in training and he was ready to race. This looks like a good spot for him," said Hill. "We thought we'd bring him back at seven furlongs off the long layoff and see where we go from there. He was training so well, we were toying with the idea of bringing him back in the Grade 1 Carter.

"We want to get him a Grade 1 win for sire rights," added Hill. "The Carter didn't work out, but this race is here and he's ready to run. You have to run the when they're ready."

The talented chestnut won on debut in September 2018 at Belmont ahead of an impressive score in the Grade 3 Nashua at Aqueduct in November 2018.

Vekoma's path to the Kentucky Derby included a third in the Fountain of Youth (G2) at Gulfstream in March 2019 ahead of a 3 ½-length score in the Blue Grass at Keeneland (G2).

Vekoma, who shows a number of bullet works at Palm Beach Downs, will depart from post 8.

"He's doing well. He's a very special horse. He's clearly the best horse I've ever owned," said Hill. "We had a wonderful run last year culminated by winning the Blue Grass. We're confident in him and I think this horse will win a Grade 1. We have a lot left to prove."

R. A. Hill Stable and Gatsas Stables' Our Country is also training toward a 3-year-old campaign from Weaver's base at Palm Beach Downs. The Constitution bay graduated on the Saratoga turf in August ahead of a troubled fourth in the With Anticipation (G3).

Bred in Kentucky by WinStar Farm, Our Country rallied from last-to-third in the Grade 3 Pilgrim in September at Belmont and completed a promising campaign with a ninth in the Breeders' Cup Juvenile Turf.

"George has a race in mind for him in the next couple of weeks at either Gulfstream or Tampa Bay Downs," said Hill.

Hill spoke highly of the promising Up in Smoke, a 3-year-old gray daughter of The Big Beast he co-owns with Black Type Thoroughbreds.

Purchased for $230,000 at the 2019 Fasig-Tipton Midlantic Two-Year-Olds In Training Sale, Up in Smoke is undefeated in two starts at Gulfstream Park. She romped by 4 ¾-lengths in her February 8 debut which garnered a 76 Beyer Speed Figure and followed up with a four-length score in a six-furlong optional-claiming sprint.

"Her last race was one of the most impressive races I've ever seen," said Hill, of the strong rallying effort on the often speed-friendly Gulfstream strip.