Gulfstream: Maker has 20 of 267 nominees for Claiming Crown 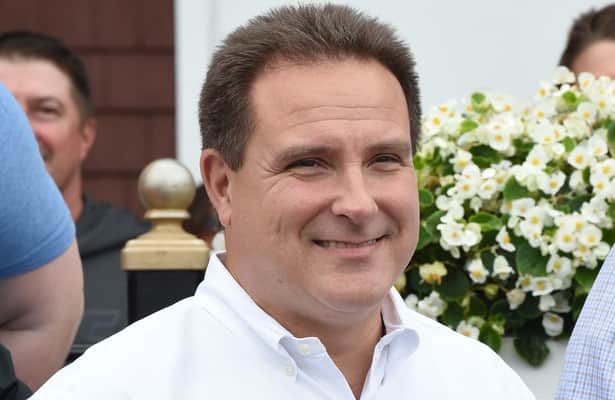 Third in the Grade 2 Kelso Handicap in his most recent start Sept. 21, Three Diamonds Farm’s Doubly Blessed is among six Mike Maker-trained nominations for the $125,000 Jewel, the centerpiece of the nine-race, $810,000 Claiming Crown on Saturday, Dec. 4, at Gulfstream Park.

Doubly Blessed was among 27 nominees for the Jewel, a 1 1/8-mile event for 3-year-olds and up who have started for a claiming price for $35,000 or less in 2020-21. Maker, who has saddled a record 18 winners of Claiming Crown races, is also represented on the nominations list by Auburn Hills, First Line, Healing, Malthael and Mr. Tip.

Maker, who has saddled two Jewel champions, nominated 20 horses for the Claiming Crown, the annual showcase for the blue-collar Thoroughbreds.

Trainer Saffie Joseph Jr. nominated four horses for the Jewel, including John Fanelli and partners’ Girolamo’s Attack, who most recently captured the Oct. 27 Miami Beach Handicap, and Sonata Stable’s Calibrator, who most recently romped to a dominating optional claiming allowance at Gulfstream.

The Claiming Crown, which attracted a total of 267 nominations for nine starter stakes, will headline opening weekend of the 2021-22 championship meet, which gets under way Friday, Dec. 3.

The $95,000 Emerald, a 1 1/16-mile turf race for 3-year-olds and up who have raced for a claiming price of $25,000 or less during 2020-21, led all Claiming Crown races with 50 nominations. They included five trained by Maker, who has saddled a record seven Emerald winners. Bruno Schickedanz’s War Bomber, who captured the $125,000 Toronto Cup on Sept. 12 at Woodbine in his first start after being claimed for $25,000, was also prominent on the nominations list.

The $95,000 Tiara, a 1 1/16-mile turf race for fillies and mares who started for a claiming price of $25,000 or less in 2020-21, drew 30 nominations. They include Mike Repole’s Kitten by the Sea, whom Hall of Fame trainer Todd Pletcher saddled for back-to-back optional-claiming allowance races at Saratoga.