Guarana winds up for Madison Stakes at Churchill Downs 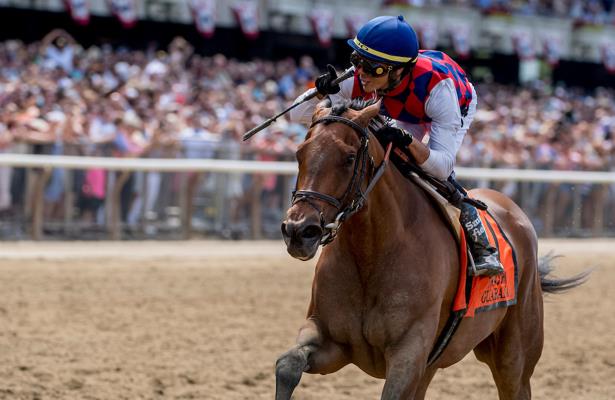 An already loaded older female dirt division welcomes another star back to the starting gates next week.

Trained by Chad Brown, Guarana is the main attraction in a field of nine fillies and mares who’ll go seven furlongs in an allowance optional claiming event. Jockey Tyler Gaffalione has the mount.

Guarana hasn’t started since running second to Street Band last September at Parx Racing in the Cotillion Stakes (G1). The Ghostzapper filly is 3-for-4 lifetime with $879,400 in the bank.

Guarana worked consistently this spring at Palm Meadows Training Center before shipping up to Churchill. She then breezed four furlongs in 48.2 seconds Wednesday under the Twin Spires.

Should all go well with Guarana’s return Thursday, the 4-year-old could move right back into Grade 1 flight.

Doug Cauthen, vice chairman of Three Chimneys Farm, said the $250,000 Madison Stakes (G1) “might be a good target” for his organization’s homebred. Keeneland hosts the seven-furlong Madison on July 11 as part of its five-day, stakes-packed summer meet.

"It's at least in our sights," Cauthen said.

Guarana’s return bolsters a distaff division that might be the deepest across the sport in 2020.

The 2019 division champion Midnight Bisou crossed the wire ahead of all but Maximum Security on Feb. 29 in the Saudi Cup. Monomoy Girl, champion 3-year-old filly of 2018, and Dunbar Road, Guarana’s stablemate and fellow Grade 1 heroine, have both won their 2020 debuts during the Churchill meet. Ce Ce, Ollie’s Candy and Serengeti Empress are among the division’s other top-level winners in action this season.