Green Light Go scratches from the Hopeful, on to a new stakes 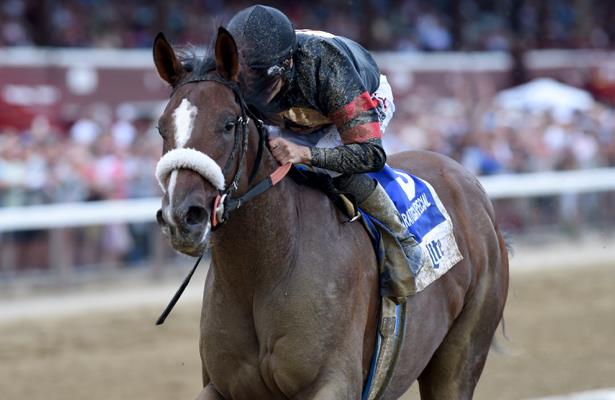 A field of six 2-year-olds remained with half of them trained by Steve Asmussen, including Gozilla, a maiden winner earlier in the meet who figured to inherit favoritism in the seven-furlong event.

As for Green Light Go, the Saratoga Special (G2) winner who's 2-for-2, Belmont Park's Oct. 5 Champagne Stakes (G1) going a one-turn mile appears to be the next destination.

Jerkens, known as a conservative decision maker, figured to have a live runner in the Hopeful bringing Green Light Go back from an Aug. 10 victory.

"He likes it up here. It looks like he thrived up here and it's not a big jump up in distance, but it's got him going up in distance in little increments," Jerkens said earlier this week. "I like that. I think its good for 2-year-olds as opposed to going from one extreme to the other. He's a big strong colt so if any horse can do it, it's him. Running once a month with gradual distance increases should be good."

The Champagne, meanwhile, awards 2020 Kentucky Derby qualifying points and serves as a logical final prep for the Breeders' Cup Juvenile to be run Nov. 2 at Santa Anita Park.