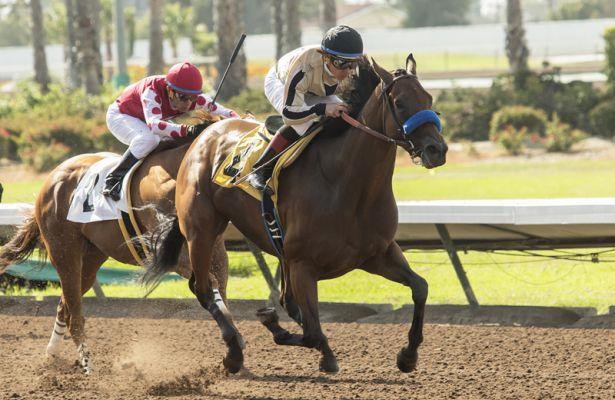 Three stakes – including a pair of graded events – worth $450,000 highlight the Summer Thoroughbred Festival at Los Alamitos.

The 12-day season will begin Thursday, June 27, and continue through Sunday, July 14.

Racing will be conducted on a Thursday-Sunday basis.

The richest event on the calendar is the Grade 2, $200,000 Great Lady M. Stakes for fillies & mares at 6 ½ furlongs. Won a year ago by multiple graded stakes winner Marley’s Freedom, the Great Lady M. will be offered Saturday, July 6.

The other graded race is the Grade 2, $150,000 Los Alamitos Derby, which was won a year ago by the Bob Baffert-trained Once on Whiskey. The nine-furlong contest for 3-year-olds will be run Saturday, July 13.

The other stakes on the schedule is the $100,000 Bertrando for California breds (3-year-olds & up). The one-mile Bertrando will be run Saturday, June 29.