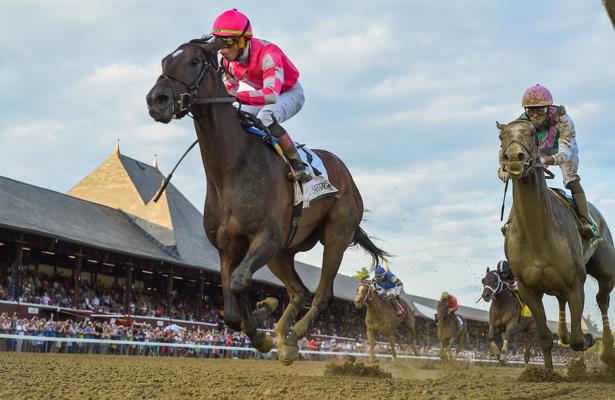 Trainer Danny Gargan reported that dual graded stakes winner Tax is moving another step closer to a return to action and will likely make his comeback start in the Grade 2 Fayette in October at Keeneland.

Owned by R A Hill Stable, Reeves Thoroughbred Racing, Hugh Lynch and Corms Racing Stable, the gelded son of Arch has not raced since finishing fifth in the Oaklawn Handicap (G2) on May 2.

Tax logged his first work since his last start when breezing three furlongs in 36.55 seconds over the Saratoga main track Sunday.

"He'll work here again in a couple of days, I'll take him to Keeneland in the fall, for the Fayette most likely, that's what we're pointing towards," Gargan said. "He was in training for a long time, so we gave him a little over two months off."

Tax, bred in Kentucky by Claiborne Farm and Adele Dilschneider, won the Withers (G3) at Aqueduct and Jim Dandy (G2) at Saratoga last season, which was his last trip to the winner's circle. He was claimed by Gargan after winning his second start for a $50,000 tag going 1 1/16 miles at Churchill Downs.