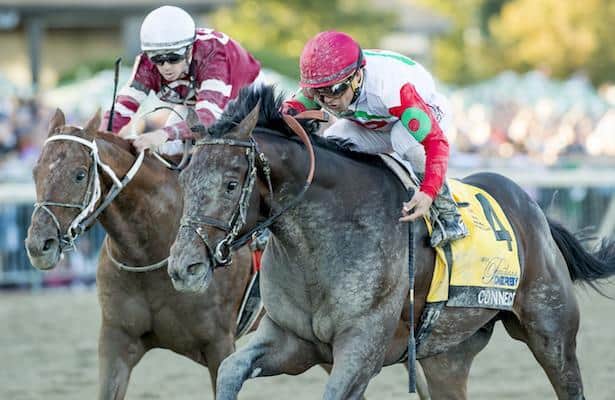 The American Graded Stakes Committee of the Thoroughbred Owners and Breeders Association today presented its listing of U.S. Graded and Listed Stakes Races for 2017, the results of its annual grading session conducted November 30 in Lexington. The Committee reviewed 790 unrestricted U.S. stakes races with a purse of at least $75,000, and assigned Graded status to 464 of them, the same as were graded in 2016, and Listed status to 172 races. Five Graded races were upgraded; eight new Grade III races were named; 23 new Listed races were upgraded from non-Listed Black Type status. Fourteen races which carried Graded or Listed status in 2016 are no longer eligible for grading.