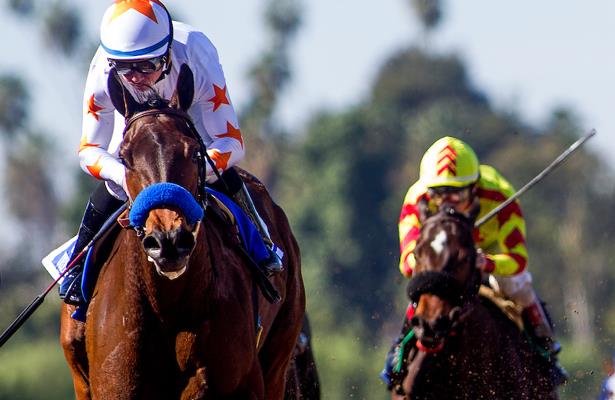 Dream Tree is in foal to Curlin, owner Phoenix Thoroughbreds announced Wednesday, with this the first anticipated progeny for the Grade 1 winner.

A daughter of Uncle Mo, Bob Baffert-trained Dream Tree retired at the end of last year having won five of her seven career starts.

The highest-profile of those victories came in the 2017 Starlet Stakes (G1) at Los Alamitos, a first Grade 1 victory in the Dubai-based Phoenix Thoroughbreds' first try at the top level. As a 3-year-old in 2018, Dream Tree won two more graded stakes, the Las Virgenes (G2) at Santa Anita Park and Saratoga's Prioress Stakes (G2).

"Dream Tree has been a special horse for us,” said Tom Ludt, Phoenix Thoroughbreds' head of U.S. operations. "She had a great will to win and was a true athlete. Considering her bloodlines, coupled with her race record, I see no reason she won't be a top-quality broodmare. By sending her to a leading stallion such as Curlin we have given her the best chance of making a great start to her new career."

A graduate of the Fasig-Tipon Florida Horses in training Sale, Dream Tree is out of the winning Afleet Alex mare Afleet Maggi and from the family of Grade 1 winners Golden Ticket and Well Chosen, and Irish champion Tomahawk.