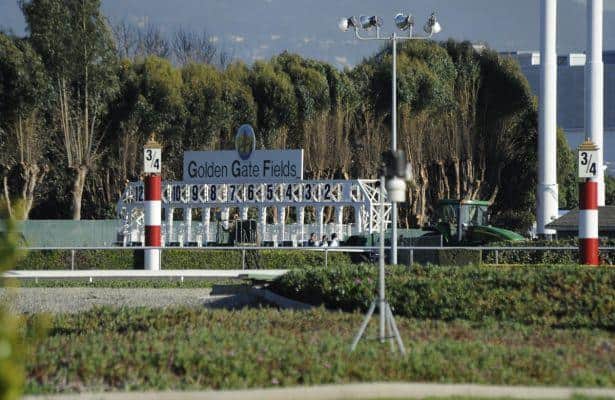 During a meeting of the California Horse Racing Board on Thursday, officials for The Stronach Group reported they “are doing everything possible and needed” in efforts to contain a COVID-19 outbreak at Golden Gate Fields.

Racing at Golden Gate Fields in Northern California has been suspended since Nov. 13 after a rash of COVID-19 positives were discovered at the track, largely in the stable area. While the number of positives at Golden Gate was not disclosed, The Stronach Group’s Aidan Butler reported all infected individuals have been removed from the property, with the vast majority being placed at local hotels.

Track officials attribute the extent of the COVID-19 outbreak at Golden Gate to the fact more than 95% of infected individuals were asymptomatic.

"Unfortunately, that is the reason this got out of control, I believe, quickly,” Butler said “Everyone was symptomless for the most part."

The focus now is to contain the COVID-19 outbreak to Golden Gate Fields, officials said. To that extent, backstretch workers’ located both on site at Golden Gate and off site are being provided with two meals a day so people “don’t wander about,” Butler said. Additionally, racetracks in the state are under “stand down,” restricting access.

“We are doing everything possible and needed to get this spike of COVID cases under control,” Butler said. “So far, everything seems to be going according to plan.”

Racing at Golden Gate is suspended through at least the end of November.