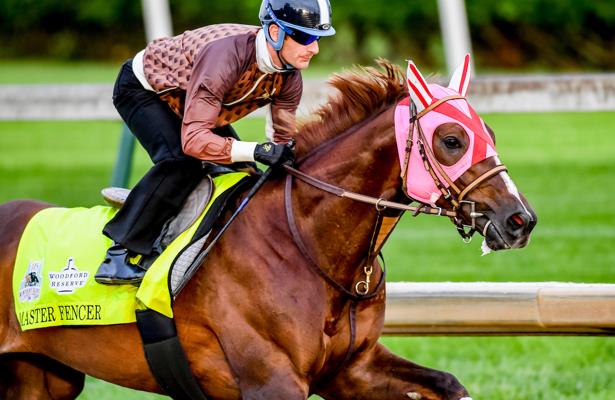 Photo: Eclipse Sportswire
Master Fencer, the Japanese-bred colt that competed in two legs of the 2019 Triple Crown, made a successful start to his 4-year-old season when he cruised to a 2 ½-length victory Saturday in Tokyo Racecourse's Kintei Stakes.
The son of Just a Way has now won two of three starts since returning to Japan. In addition to the 10-furlong Kintei Stakes, Master Fencer captured an allowance race and was fourth in the Maya Stakes (both at about nine furlongs) to close his sophomore year.

In a three-race North American campaign for owner/breeder Katsumi Yoshizawa, the Koichi Tsunoda-trained Master Fencer finished sixth in the Kentucky Derby as the first Japanese-bred horse to run in the race. Back with his closing kick in the Belmont Stakes, he finished fifth, then switched to the turf for the Belmont Derby Invitational (G1), running 13th.

This latest local victory moves Master Fencer into Japan's open class of racing with a graded event likely next.

A replay of the Kintei Stakes is below; Koichi Tsunoda-trained Master Fencer broke from Post 10 as the race favorite in a field of 16.