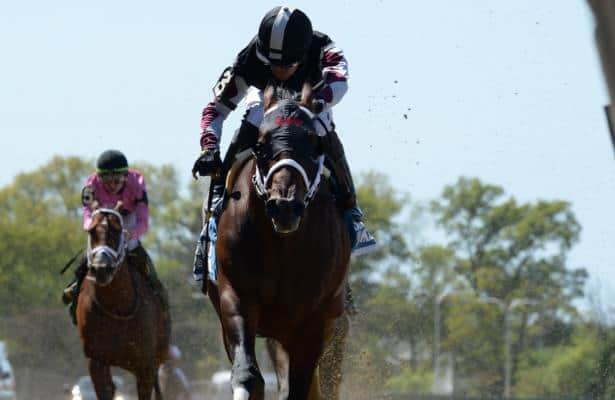 Sagamore Farm’s president, Hunter Rankin, insists there are few horses in training with the talent to match a pedigree like that of Global Campaign.

The Curlin colt’s out of the A.P. Indy mare Globe Trot, making him a younger half-sibling to the Grade 1 winner Bolt d’Oro. On track, Global Campaign also won three of five starts in 2019, including the Peter Pan (G3) at Belmont Park.

“Man, he’s such an exciting horse,” Rankin said. “I think he did a lot this year in spite of a lot of tough issues he had. If we can get him going the right way and he’s sound, I think he can be a good horse as long as he can handle the training.”

Global Campaign dealt with myriad foot issues throughout the season, leading to the stop-and-start nature of his campaign.

“It was just one thing after another,” Rankin said.

But 3-year-old Global Campaign’s back to “light exercise” at WinStar Farm in Kentucky and scheduled to return to Stanley Hough’s barn at the Palm Meadows training center after Christmas. Rankin said he’d like to get the colt going again during Gulfstream Park’s Championship Meet, which launched his career last January.

Global Campaign debuted a 5 3/4-length Gulfstream maiden winner, then won by 2 1/4 lengths when geared down in an allowance race. Hough managed a quarter crack up until a fifth in the Fountain of Youth (G2), which coincided with a new issue: a grabbed quarter leaving the gate.

Global Campaign didn’t go on from there, however. He’d rubbed the frog on the troubled foot during the Peter Pan, and it shed leading up to the Ohio Derby (G3), forcing a scratch. Toward the end of July, connections got Global Campaign back on track in Saratoga’s Jim Dandy (G2).

“We were not able to train him like we wanted to,” Rankin said, with Global Campaign third in what was his season finale. “We’d rebuilt the foot again. It just didn’t happen the way you’d want it to for him, and in spite of that he had a pretty good year being lightly raced and everything.”

Rankin expects a healthy Global Campaign -- whose goals originally included the Triple Crown series and Travers Stakes (G1) -- will compete at a high level in 2020 as an older horse.

“The foot looks great now,” he said. “They’re doing a great job with him at WinStar. If we can get him going the right way, I don’t think those issues will bother him anymore.”