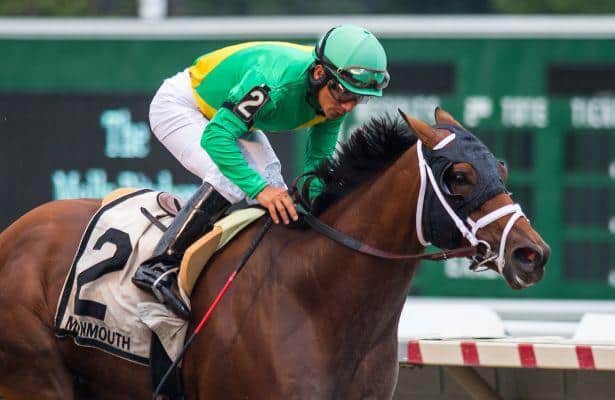 Cheyenne Stables’ Grade 3 winner Genre, never worse than third in eight starts last year, will cut back to a sprint for the first time in her career in the $100,000 Hurricane Bertie (G3) for females 4 and up at seven furlongs.

The 5-year-old bay daughter of Bernardini has been a model of consistency through her first 13 races, finishing off the board only twice. She won four times in 2016, two of them in stakes, including the 1 1/16-mile Molly Pitcher (G3) over an off track at Monmouth Park.

Genre, trained by Todd Pletcher, has never run shorter than the one mile of her most recent start where she dueled for the lead for six furlongs before tiring to finish third, beaten 2 ¼ lengths, in the Rampart (G3) Dec. 17 at Gulfstream.

“Genre’s doing well. I thought she ran a good race at a one-turn mile here last time,” Pletcher said. “I think it’s going to be interesting. She’s run so well at a one-turn mile we decided maybe backing her up would be worth checking into. I think she’s got enough tactical speed that depending on how the race shapes up, I would think backing up to seven that she’d find herself a little bit off the pace.”

Panic Stable’s Bodacious Babe, decisive winner of the seven-furlong Margate Dec. 26, makes the step up to graded company in the Hurricane Bertie. It was her first win in five tries at Gulfstream after falling short in four maiden events last winter behind the likes of subsequent stakes winner R Girls a Charmer and multiple graded winner Lightstream.

“She was running really well here last year but she was facing some monsters, too, which you can do down here as you know,” trainer Jane Cibelli said. “Some of those horses that she ran against went on to do good things.

“Seven-eighths I think is a great distance for her because she doesn’t get rushed off of her feet,” she added. “She gets her feet under her and she’s just got to have that nice kick home. Whether she has the kick home against these kind of horses remains to be seen.”

The Margate snapped a three-race losing streak for Bodacious Babe that included a third in the Miss Woodford Stakes last summer at Monmouth Park, exiting the race with a freak eye injury that caused a 2 ½-month break between starts.

“She’s coming off a nice effort where she won a restricted race last time. She’s had excuses in her previous three races,” Cibelli said. “She got hit in the eye with something in the stake at Monmouth and it was so bad she had to go to the clinic, actually. Then she came back long and that didn’t really work, and then we came back on the turf. You kind of just strike those races off but she’s doing well.”

Happy Alter’s Curlin’s Approval, gutsy runner-up in the one-mile Rampart (G3) Dec. 17 at Gulfstream, also cuts back to a sprint for trainer Marty Wolfson. She has tried seven furlongs twice, winning the Added Elegance last August and finishing fourth in the Raven Run (G2) in October at Keeneland.

Rounding out the field are Chilean Group 1 winner Linda Linda, unraced since a pair of starts last August at Saratoga; You Bought Her, second in the Sunshine Million Distaff Preview and Sugar Swirl (G3) in her two most recent starts; stakes-placed Distinta and Sugar Cone, and Improv.