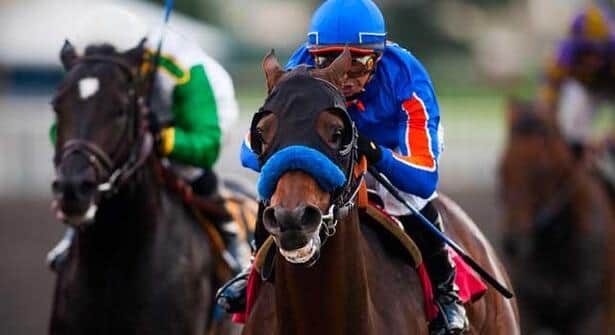 It was one of 148 recorded works Saturday, including 24 on turf and one on the training track. “Game On Dude is as professional as a race horse can be,” said Tom Mitchell, a member of Santa Anita’s crack clocking crew.

Next up? “It’s either the Charles Town race or the Oaklawn Handicap,” Baffert said, the latter reference to the race in Arkansas on April 13.

Suggestive Boy, winner of the Grade I Frank E. Kilroe Mile, went the same distance on grass in 1:02.40 for Ron McAnally.