Gaffalione cleared to ride after spill at Churchill Downs 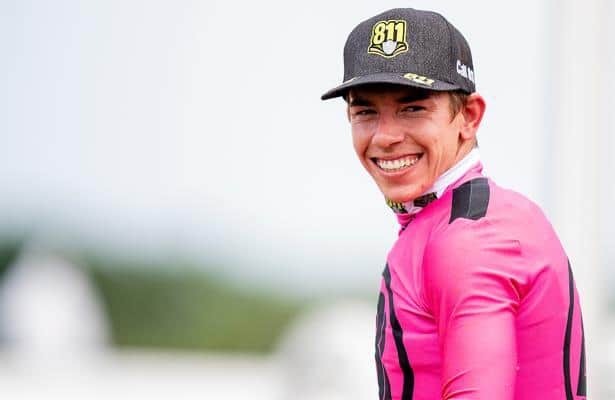 Tyler Gaffalione was cleared to return to riding after being thrown from a mount in the 10th race at Churchill Downs on Sunday.

Thank you for all of your thoughts and prayers. My X-rays came back clean, and I am looking forward to riding on Thursday. ????

Gaffalione was aboard There Goes Harvard, a 3-year-old trained by Michael McCarthy who was making his fifth attempt to break his maiden.

According to the chart, the son of Will Take Charge "broke through the gate pre-race, then broke in midstretch, but appeared to spook from a shadow approaching the six-and-a-half-furlong pole."

The chart said the colt was corralled by an outrider and walked off.

Gaffalione's agent, Matt Muzikar, said the jockey wasn't quite sure what happened. "He just ducked out."

Muzikar said Gaffalione first was taken to a first aid station and then to an emergency room for X-rays. He will return to racing on Thursday, Muzikar said.