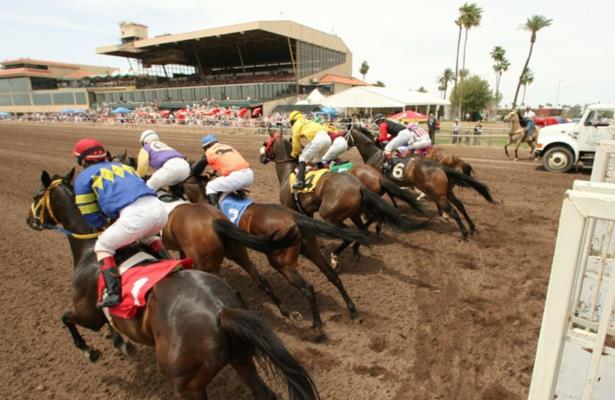 Have we seen the last of racing at Turf Paradise?

The Phoenix racetrack announced Saturday that it was ending the season immediately after a public health emergency declaration by Arizona Gov. Doug Ducey relating to the COVID-19 pandemic.

At the time, the track indicated its clubhouse and network of off-track betting locations would remain open for simulcasting. Those facilities have since closed, with Turf Paradise General Manager Vince Francia citing an order from Phoenix Mayor Kate Gallego ordering all bars and restaurants closed.

Upon the track's closing, the Arizona Horsemen’s Benevolent and Protective Association issued a statement saying that it opposed the sudden cancellation.

The HBPA said the move was taken "without any consultation with horsemen nor the required regulatory approval of Arizona’s racing regulators.”

But HBPA officials met with track management this week and ironed out some of their differences.

For example, the initial plan was to close the stable area on March 28, with no training after March 16. The HBPA argued that such a sudden closure would leave owners and trainers “in a lurch with nowhere to send their horses.”

Under the new plan, the stable area will be open for training until May 1 and will close completely on May 9.

“We had to make decisions quickly in order to be in compliance” with Gov. Ducey’s order, Francia said Wednesday.

Noting that the track has more than 1,400 horses on site – including 400 Canadian horses – he said the new plan “ensures that horses are being taken care of as well as letting horses remain in training before shipping out to other tracks.”

Francia also confirmed that Turf Paradise began laying off employees on Monday. He did say how many people lost their jobs, but the departures  included racing secretary Robbie Junk and assistant racing secretary Sean Schwartz.

Hutton said the HBPA believes that an ongoing dispute with the Monarch subsidiary of the Stronach Group over simulcasting “initiated the whole shutdown.” And his personal opinion: “I don’t think we’ll ever run again.”

The latest step in the months-long dispute came last week, when the Arizona HBPA voted to withdraw the Turf Paradise signal from all Stronach Group affiliates.

The dispute stems from Monarch's refusal to send its signal to Arizona Downs' off-track betting facilities, arguing that such a move would dilute wagering. But a state law passed last year requires simulcasts aired in Arizona to be offered to all tracks and OTB parlors in the state.