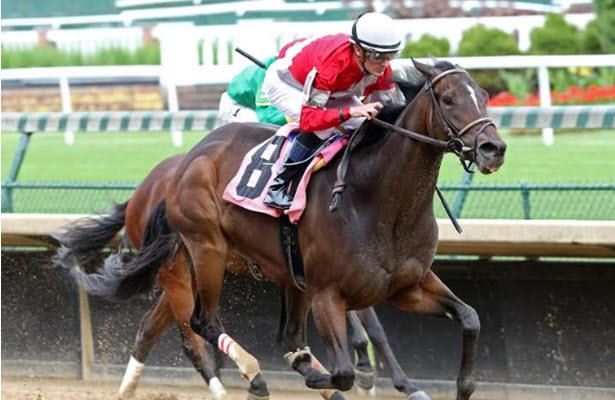 A group of 10 talented 3-year-olds will get their final chance to prove they are worthy of consideration for the Breeders' Cup Filly & Mare Sprint in Saturday's Grade 2 Raven Run at Keeneland.

Venetian Harbor looked like a superstar in her first two dirt starts before running into Gamine and Swiss Skydiver in her last three second-place finishes.

Though her shine seems to have worn off in many bettors' eyes after three defeats, her numbers are rock solid and she will enjoy this class relief.

Four Graces strung together three wins in a row, including the Beaumont (G2) at Keeneland before running second in the Eight Belles (G2). That was a strong effort as she faced an impossible pace scenario.

She dueled though fast fractions with the favored Mundaye Call and put that runner away only to be run down by the closing Sconsin.

By taking a look at free past performances from our friends at Brisnet, it is no surprise to find that Venetian Harbor and Four Graces lead the way in their Prime Power Rankings.

These two fillies are the most accomplished runners in the field and have been keeping the best company. They will be the two betting choices, and with their 4-point edge over their next closest rivals, Finite and Tonalist's Shape, both of whom are not in good form, it is hard to fault that reasoning.

There is just one problem: They both want the lead. Both runners have run their best races when leading on the first call, so something has to give. I give the slight edge to Venetian Harbor between the two and will try to keep Four Graces out of the exacta to gain value in this race.

If a speed duel develops, it is important to find the best closer in the field.

For this we turn to Brisnet's Late Pace figures. Fair Maiden is a large 14-point standout in this category. She has not kept the same company as Venetian Harbor, but has won her last three sprints by almost 24 lengths. She can sit off the pace and has a great late kick. Her last race, which was her fastest yet, was her first try on dirt. She should sit a perfect trip in this spot and certainly has the talent to pull off a mild upset.

Grand Cru Classe has the second-best late kick, according to Brisnet, and looks dangerous while returning to one turn. Sired by Bernardini, who rarely wins on debut, and trained by Bill Mott, who also rarely wins first out, this filly tipped her hand by winning by almost 9. She followed that up with a strong allowance win before hanging on to win the Weber City around two-turns.

Determine who you like by taking a closer look at the Raven Run PPs below, with the option to go full screen in the lower right corner of the window. Visit our free past performances page to view free stakes PPs from Keeneland and Belmont Park.