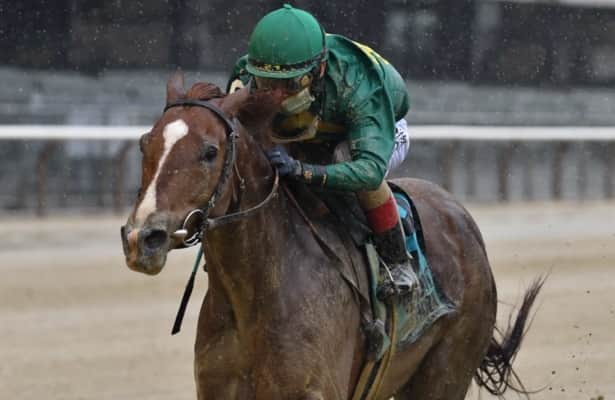 The field for the Grade 1 Pegasus World Cup might have come up softer than expected, but the full group of 12 offers strong balance and a plethora of intriguing long shots, making this a good betting race.

The two favorites, Knicks Go and Code of Honor, have very different ceilings and floors in this spot.

There is no denying the talent Knicks Go has shown since being transferred to the Brad Cox barn. He will run away and hide from this field with a repeat effort of the Breeders' Cup Dirt Mile, but can he put together three consecutive monster efforts from a figure standpoint while traveling a distance farther than he is accustomed to?

Here's how you can bet the Pegasus with an extra $250 from TVG!

He seems likely to win this race easily or be completely off the board.

Code of Honor, on the other hand, is very likely to hit the board but unlikely to win. He has been a productive and solid horse, but not the same Grade 1 animal since his heart-pounding finish in the Jockey Club Gold Cup (G1). He was placed first via disqualification after finishing a nose behind Vino Rosso. That race seems to have taken some starch out of him.

He has lost five out of his last six races, with his only win coming at the Grade 3 level. He still shows up with honest performances and earns good speed figures. Third in the Met Mile (G1) and second in the Clark (G1), he is the safest bet in this field to run second or third.

If Code of Honor can not get there in time and if Knicks Go fades in the final 16th, then who will benefit the most?

For the answer to that, we turn to our friends at Brisnet for free past performances. 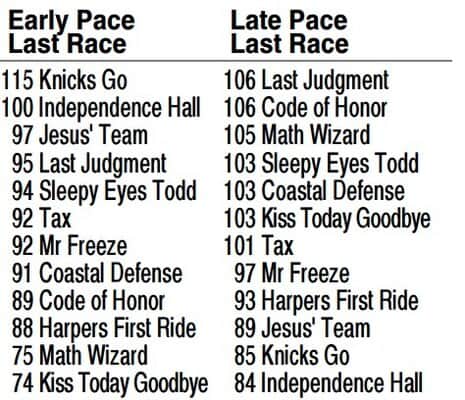 By looking at the early pace figures, we see that Knicks Go has a large advantage on the front end. Horses that will be chasing his fast fractions — including Independence Hall, Jesus' Team, Last Judgement, Sleepy Eyes Todd, Tax and Mr Freeze — are up against it as Knicks Go will either draw off or collapse as part of a pace meltdown that gives the deep closers an advantage. The late pace figures identify the best closers.

By removing the pace chasers listed above, we are left with four closing possibilities: Code of Honor, Math Wizard, Coastal Defense and Kiss Today Goodbye.

Math Wizard drew the impossible post 12 and Code of Honor is best served underneath as mentioned above.

Kiss Today Goodbye and Coastal Defense are the two worth zeroing in on.

Kiss Today Goodbye has an improving pattern and just defeated a potential future star in Idol and the defending champion of this race Mucho Gusto in the San Antonio at Santa Anita Park. He also narrowly lost to Santa Anita Derby winner Honor A. P. earlier this year.

Coastal Defense has had a couple of less-than-ideal trips in a row and has proven that he is not far behind the best of this division. If things break his way, he certainly could have a say in this race.

Knicks Go should be included on top in horizontal and vertical wagers without being singled. Kiss Today Goodbye and Coastal Defense deserve inclusion on top and underneath in wagers as well. Code of Honor can be left off horizontal wagers but is a must-use in vertical plays.

Determine who you like by taking a look at the Pegasus World Cup PPs below, with the option to go full screen in the lower right corner of the window. Visit our free past performances page to view more free stakes PPs.