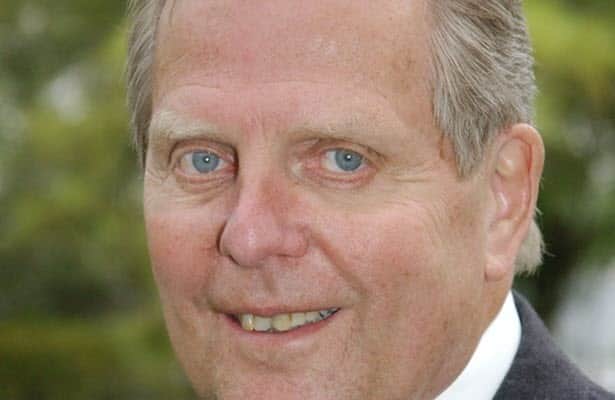 Robert Bork, who made a tremendous impact on the racing industry for over four decades, passed away peacefully at his home in Houston on June 11, at the age of 83.

Sam Houston Race Park opened as the first Class 1 racetrack in Texas in 1994. The following year, Bork was hired as its senior vice president and general manager. Under Bork’s leadership, the northwest Houston racetrack came into prominence as one of the premier evening tracks in the country.  Promoted to president of Sam Houston Race Park in August, 2002, he also held the position as senior vice president and general manager of (greyhound racing) Valley Race Park in Harlingen, Texas.

Supporting national initiatives for the racing industry was also a priority for Bork, who served as director and secretary of the Thoroughbred Racing Association (TRA) and chaired its 2020 Technology Committee.

Bork was intrigued by the challenge of developing a racetrack in a new market after working at previously established  properties.

“It is an interesting balancing act when you run a racetrack,” he explained.  “You want to take care of your fans, because without their support, your business cannot grow. You also have to work closely with the horsemen and try to meet their needs and communicate with them on an ongoing basis.  Finally, you have to have a good management team behind you, and we have a solid, dedicated group of professionals working at Sam Houston Race Park.”

Dan Bork, who serves as assistant racing secretary/stakes coordinator at Churchill Downs and racing secretary at Ellis Park, speaks proudly of his father’s accomplishments in the racing industry.

“I lost count very early in my career about how many times I was asked if I was Bob Bork’s son,” he said. “My dad was known as an industry leader and greatly admired by so many accomplished horsemen and racing executives. It was way more than a job for him; he truly loved the sport of horseracing.”

Dwight Berube, who worked for Bork throughout his Sam Houston Race Park tenure, is now the racetrack’s vice president and general manager.

“Bob Bork set a tremendous foundation for the growth of Sam Houston Race Park when he was hired in 1995,” said Berube. “Throughout his 12-year tenure, he was admired by horsemen, horseplayers and employees and initiated many programs that have been emulated by racetracks across the country."

Bork is survived by his wife of 58 years, Judith Bork; children Dina Ruggerio, Dan Bork and Michael Bork and seven grandchildren. He was preceded in death by his son, Robert Bork Jr; brother William Bork and sisters Janet and Karen.

The family wanted to extend their sincere appreciation to the physicians and healthcare team at M. D. Anderson for their exceptional care and kindness. In lieu of flowers, donations can be made to MD Anderson Cancer Center or the Thoroughbred Aftercare Alliance.

Funeral arrangements are pending and a celebration of life honoring Bork will be held at Sam Houston Race Park in the near future.