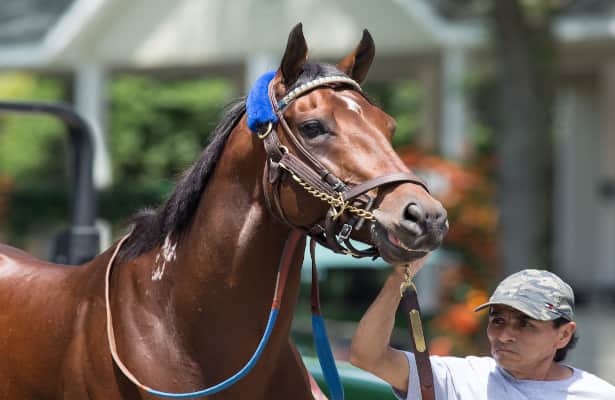 The undefeated, untested Flightline began his formal preparations for the $6 million Breeders’ Cup Classic on Nov. 5 with a four-furlong workout Saturday at Santa Anita Park timed at 48.0 seconds.

The move, the sixth fastest of 82 at the distance, was the first timed workout for the 4-year-old since his breathtaking 19 3/4-length victory in the Pacific Classic (G1) on Sept. 3 at Del Mar.

Work of the Day for @santaanitapark—Flightline worked 4 Furlongs in 48.00 on September 24th, 2022, for trainer @sadlerracing. pic.twitter.com/LuQ9e4hyJC

The son of Tapit out of the Indian Charlie mare Feathered, also was a six-length winner of the Metropolitan Mile Handicap (G1) at Belmont Park on June 11 despite encountering significant early trouble.

It's not clear what will happen after the Classic, which will be just the sixth start of his career.

It was announced early this month that Flightline will stand at Lane’s End Farm in Versailles, Ky., at the conclusion of his racing career, though his ownership group has said it is open to racing him next year at 5.