Flatter: There are signs the curse of Apollo is still very real 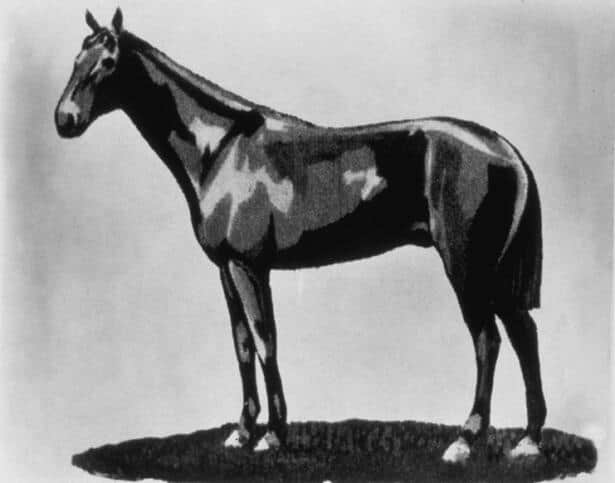 The fall season at Keeneland arrived just in the nick of time. We could not get out of Churchill Downs soon enough.

Find the next debut winner with First-Timer Power Ratings

After spending most of the past week – including a day off – dealing with Slip Saddle Away and Shoegate, an escape from the home of the Lukas Classic came a-begging.

The commotion over Rich Strike’s saddle and then Hot Rod Charlie’s shoes will echo longer than it should, but that has become business as usual at Churchill Downs for most of the last four years.

Meanwhile over here, about 70 miles away, I got a botany lesson Thursday from longtime Keeneland executive Jim Goodman. (“You didn’t know about the paddock sycamore, Ron?”) While being schooled on the significance of the big tree near the walking ring, it occurred to me how blessed this place really is. The rolling landscape with endless bluegrass and changing fall colors really is heaven for horses.

Back at the home office of racing in Louisville, pardon their dust. Churchill Downs is in the midst of yet another building project. Like I-64 that links there with here, anything under, around and over the twin spires is perennially under construction. At the moment it is the paddock and its environs, which in two years will bear little resemblance to what has been.

By comparison, Keeneland looks immaculate. When we were not looking this summer, they rebuilt their paddock, although not as extensively as the neighbors a little more than an hour away. Goodman pointed out the subtle changes. Program numbers are not on the trees anymore. Now there is a perimeter horse path to ease the hoof-and-foot traffic through the madding crowd of humans. The better to keep everyone safe who refuses to heed the warnings to “watch out for the horses.”

If Churchill is to racing what Wrigley Field is to sports, then Keeneland is Augusta National. Which brings me back to something that occurred to me when I wondered why the old joint on Central Avenue in Louisville has attracted so many dour occurrences the past few years.

Then it dawned on me. All the trouble at Churchill Downs has happened since 2018.

Remember 2018? Trump was President, Elizabeth was the Queen, and the curse of Apollo was still a real thing. At least it was until May, when Justify ended it. Allegedly.

But consider what has happened since. Maximum Security spent 22 minutes as the winner of the Kentucky Derby before Luis Sáez’s wild ride was flagged by stewards. Country House was promoted. That was a year after Justify.

Then came our worldwide annus horribilis of 2020. Amid the pandemic, police brutality and national division, the Derby was postponed five months and finally run in front of seemingly fewer beings off the track than on it.

In 2021 we got Medina Spirit’s temporary victory, Bob Baffert went from hero to pariah, betamethasone crept into racing’s quotidian vocabulary, and a battery of lawyers stumbled into newfound wherewithal to pay off their vacation houses.

And just as we thought we were getting back to some semblance of normal, 2022 brought an 80-1 Derby winner who, six months later, made the case that he was not a fluke by going eyeball to eyeball with a 92-1 Breeders’ Cup runner-up.

But of course, the newest candidate for race of the year devolved into a jockey declaring his seat front was not in the upright and locked position. Then a series of photographs emerged that triggered accusations akin to walking onto a golf course with old-fashioned, metal spikes.

All this has happened since Justify supposedly broke the curse of Apollo. For the uninitiated, that was the hackneyed device that was used to describe what had been an anomaly in racing history. Between 1875 and 2017, only Apollo in 1882 had won the Kentucky Derby without the benefit of a single race as a 2-year-old. Justify came along to keep him company.

But maybe, just maybe the curse of Apollo really was not broken. Perhaps the gods of racing quietly declared that he should have been unique in his distinction. That the circumstances of 2018 should not have poked that bear.

There have been more examples. Remember that hotel that was going up behind the clubhouse turn at Churchill? The one that actually had pilings driven into the ground in 2019? Right before last year’s Derby, that project was canceled. The legacy of that balk was the blocking of the view of the seven-furlong chute from the ever-expanding grandstand, one that is turning into a new monolith being built to seat spectators next spring.

Really, if the curse is elastic enough, it can be blamed not only for the closing of Arlington but also the artist formerly known as Calder, another Churchill property that was mothballed since you know who in 2018.

This does not even raise the issue of the grass that will not grow properly on the Churchill turf course. Never mind what is green. Maybe there is something wrong with the dirt beneath the sod. Soils, cursed again.

But back to the comparison of Churchill Downs to Wrigley Field. Remember that from about 600 words ago? It was not accidental. They know a thing or two about curses up there in Chicagoland.

Ah, yes. The Curse of the Billy Goat. That supposedly was conquered in 2016. But how have the Chicago Cubs looked since?

Let’s not forget the Curse of 1940, which the New York Rangers reputedly banished to history when they won the 1994 Stanley Cup. Remind me again how many championships the Rangers have won since.

And there is the Sports Illustrated cover jinx, which seems to have cursed Sports Illustrated’s 21st century business model. And the Madden cover curse, which devoured a swath of players from Garrison Hearst to Antonio Brown.

There are occasional exceptions. The Curse of the Bambino really was eradicated when the Red Sox added a fourth title this century. And racing’s Triple Crown curse that lasted 37 years was stamped out not once but twice in the ’10s.

Of course there really is nothing to these things except a series of coincidences and the words of writers who dredge these things up whenever bad things happen in more than threes.

Nevertheless, it is good to get back to Keeneland, where nothing ever seems to go wrong, and where American Pharoah’s grand slam punctuated the 2015 Breeders’ Cup. Maybe Flightline can sprout similar wings in 29 days.

Wait a second. I just remembered. Where is the only place on earth I ever suffered a broken bone? That’s right. It happened this past spring as I fell walking down the hill from the grandstand to the parking lot at … wait for it … Keeneland. I have the misshapen right hand with the missing knuckle to prove it.

Just to be safe, maybe I should ask Jim Goodman if the folks here would consider selling more than just burgoo and really good bread pudding at the concession stands.

How about lucky horseshoes? To go.