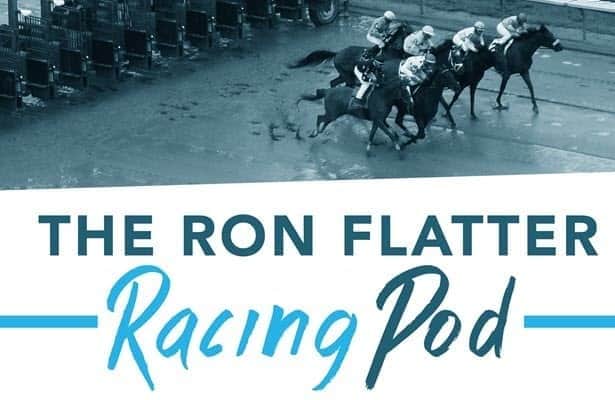 On this week’s Ron Flatter Racing Pod, trainer Kenny McPeek outlines weekend plans for his horses like Tiz the Bomb and Classic Causeway in the Belmont Derby Invitational as well as his starters in the Indiana Derby and Oaks and Iowa Oaks. He also outlines plans for many of his other horses, including those who raced in the 2022 classics.

Calvin Davis and Leon Nichols, the Kentucky-based founders of the Project to Preserve African-American Turf History, talk about a movie project to remember 19th-century jockey Isaac Murphy’s role in a famous, racially charged 1890 match race at the old Sheepshead Bay racecourse in Brooklyn.

The Ron Flatter Racing Pod via Horse Racing Nation is available every Friday plus whenever there are pop-up episodes via free subscription from Apple, Google, Spotify and Stitcher as well as HorseRacingNation.com.