Flatter: 1 man lists the 15 best racetracks in the world 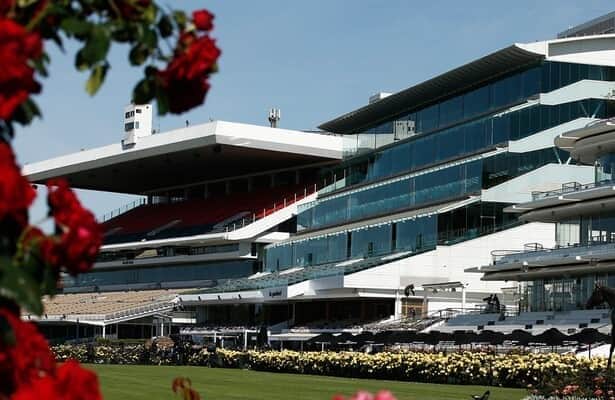 For all the buzz about the rebuilt mile chute and the griping about the new paddock bar, everything that is good about Saratoga has been there for a while. A long while.

The old, wooden grandstand. The old gables on the roof. The old red and white awnings. The old walkway for the jockeys. The old Shake Shack. OK, most everything is old.

I have not been there in six years, but it looks the same. And I bet it feels the same. Those of us now far, far away are left to look vicariously through the lens of the pan camera that is so low that it seems like it is mounted on a submarine off the coast of Loughberry Lake. I do long for just one more trip back to 267 Union Avenue.

Is Saratoga the best experience going for racing fans and horseplayers? It ranks right up there. But how high?

That question and the desire to stoke comments at the bottom of this page are the reason we have lists. Thus, these are the top 15 tracks where I have attended races.

1. Flemington. I lived in Australia for three years, so I was fortunate to have attended three Melbourne Cups, as many runnings of the Victoria Derby and a lot of other races at a venue now 182 years old that constantly is being reinvented. To me this is the best venue in the world for any sport. Period. My favorite place to watch and wager was on the second floor of the five-story members stand, complete with an enormous indoor bookmakers ring and an easy walk to seats overlooking the last 150 yards to the finish. As entertaining as the races were the attempts by high-heeled patrons to keep their shoes on while pouring themselves into the train back to the heart of Melbourne. Sobriety optional.

2. Del Mar. My favorite track in America used to be Arlington, what with its perfect, clean grandstand. Now that it has gone from horse flesh to pigskin, Del Mar moved up. It is not just the quintessential ocean setting. The sightlines – blissfully not blocked by infield trees – are well situated. It is not hard to place a bet, especially in and around the wonderful restaurants and bars and gift shops – and even close to the barber shop and shoe-shine stand. If only I could afford one of those white condos up on the hill that look like a slice of Santorini.

Secure your tickets to summer in Del Mar. #DelMarRacing

3. Saratoga. I get and respect any argument that this rating is way too low. This is not to undersell the vibe of the sport’s most savvy crowd at a place that deserves to be at least as revered as Fenway Park and Lambeau Field. In addition to hosting the best, most high-quality meet in the country, Saratoga is like an old scrapbook where memories are stored even while they are being made. This does not even take into account the appealing drumbeat of a town that makes every waking hour worth savoring.
Click here for Saratoga entries and results.

4. Santa Anita. Is there a better backdrop in America? The view of the track is as good as the view of the San Gabriel Mountains. This is one place where it is fun to hang out from sunrise to sunset, what with Clockers’ Corner being a great place for a breakfast schmooze. The downhill turf course with American racing’s only right-hand turn is an absolute treasure. If only the quality of racing were not going in the wrong direction.

5. Compiègne. A one-hour train ride north from Paris leads to this obscure little track with the Tudor-style clubhouse and some competitive local racing. Think of Los Alamitos with a Euro flair. Seven years ago this was where I got to spend a half-hour with trainer Criquette Head-Maarek, who was there to race some entry-level horses the week of the Prix de l’Arc de Triomphe. A history aside: Compiègne is the town on the Oise River where the armistice was signed in a railcar in 1918 to end World War I.

A highlight: my visit to the racecourse at Compiègne. pic.twitter.com/EgO6Au1ySa

6. Keeneland. Rolling hills covered by Kentucky bluegrass and homegrown horses are where Messrs. Headley and Beard decided to drop in a racetrack in 1936. The quality of racing in April and October is terrific. So is the whole scene. From the spacious, fan-friendly paddock to the bread pudding in the tastefully appointed grandstand to the big-money farms nearby, Keeneland is paradise for horses and horseplayers.

7. Monmouth Park. The 152-year-old track down by the Jersey Shore is stubbornly old-fashioned, save the weekend invasion of food trucks. Management always seems to maintain a fresh coat of paint and all the light bulbs on the old toteboard. Without bread crumbs, it can be difficult to navigate the 76-year-old grandstand. There never seems to be an elevator where it should be, and the alternative huffing and puffing in the stairwells can be a cardiac challenge. The reward for that hard work is a view from a parterre. It is hard not to like a place that still features parterres. Oh, yes. Monmouth has the best backside track kitchen in the country.

8. Ascot. The royal meeting still is on my to-do list, but I have been there in the fall for some British Champion Stakes. The racecourse is more than 300 years old, predating the railroad that drops off fans coming in from London for a half-mile, tree-lined walk to the historic entrance. The cards full of really good horses are by themselves worth the price of admission – and hopefully a punt or two. The current grandstand that is only 16 years old looks a little too modern, but the trade-off is the utmost in space and convenience – and no shortage of competing bookmakers. By the way, this is where in 2016 I stood close enough to Her Majesty to remove the hat from her head. Let the record show I resisted.

9. Chantilly. With all due respect to the stables at Saratoga and Keeneland, this really is horse heaven. Next to the parking lot, two old steeplechase horses live in barns at the entrance to serve as greeters. The rest of the enormous complex is set in a forest that surrounds the racetrack. Workouts happen in the middle of a huge meadow through which observers must hike in boots to watch. Then again, horses come before humans. Races happen in front of the majestic Grandes Écuries, stables that have been converted to an equine museum.

I was there to see her win her first and second times in the #QPAT and nearly win her third. And to see her win her @BreedersCup. What an unforgettable ride #Enable gave us all. O to turn back the clock. (@ronflatter photos) pic.twitter.com/Ct8dnYyrzB

10. Oaklawn. This is as much about the town of Hot Springs, Ark., as it is about the track itself. The annual meet defies harsh winters in a berg that swells in population on big race days. The track, hotel and casino were plunked onto Main Street U.S.A., so Oaklawn is The Scene in the picturesque Ouachita Mountains. Big purses and standout horses more than make up for the lack of turf racing. So do the people who turn out by the tens of thousands to defy anyone who would dare to declare racing is dead.

11. Kentucky Downs. When I lived in New York and then Las Vegas, longtime Kentucky writer-turned-publicist Jennie Rees practically begged me to show up one year. Now that it is just down the road, I wish I had come sooner. Remember the polo scene from “Pretty Woman”? That is what this place in the Kentucky-Tennessee notch feels like. With huge purses, there is no better turf racing in the country when measured on a day-by-day basis. If only it were open for more than just seven days a year.

12. Churchill Downs. This paean to NASDAQ and big-time real estate has gotten awfully big for its britches for all but three days a year. But oh, those three days. There is no better American scene in any sport than the Kentucky Derby. Oaks day may be second best. The ill-named Thurby (wouldn’t Derbsday be better?) is getting there quickly. Regardless of the corporate image, there is no denying the feeling of historic significance just strolling the grounds of what truly is the home office for racing.

13. Belmont Park. I never take it for granted when walking around the expansive backside that takes me back to nature. The endlessly chirping birds provides a symphony that makes it easy to forget Manhattan is less than an hour away by train – and less than seven hours on the Long Island Expressway. Belmont Park offers a lot of good racing in the unique setting of a 1 1/2-mile main track. As long as I live, the memory of being at American Pharoah’s Triple Crown triumph in 2015 will be as indelible as watching TV with my dad when Secretariat outran daylight on the same track in 1973.

14. Tampa Bay Downs. Call it Monmouth Park South. It feels a lot like that. Unlike Gulfstream Park, which caters to everyone but the horseplayer, the Oldsmar, Fla., track is all about old-school racing. From the betting windows to the food and drink venues to the relaxed setup of the seating, Tampa Bay Downs feels inviting to everyone from the upper crust to railbirds.

15. Pleasanton. Talk about punching above its weight. The track at the Alameda County Fairgrounds in Northern California is easy to get to from the Bernal Avenue exit off I-680. The grandstand is functional if not splashy. The betting windows and the beers are never far away. To flip over all the cards, this was one of the first tracks I covered when I was in my salad days in the ’80s at the Tracy Press. Chalk this one up to personal nostalgia.

It’s not too hot for live racing today @ACFair Join us from your favorite track or OTB! pic.twitter.com/Lsxc9TtMUH

I offer honorable mention to Fair Grounds in New Orleans, Horseshoe Indianapolis, San Isidro in Argentina, Turffontein in South Africa and even Aqueduct, whose good bones have seen better days.

Admittedly this list lacks places I have never been but might well enjoy. Big tracks in Japan that I crave are conspicuous by their absence.

Finally, I could identify the track that I considered the worst I ever experienced. But what is the old saying? If you have nothing nice to say, don’t say anything at all.

Regal Glory can extend streak in Fourstardave Handicap
One of the more quiet win streaks in horse racing...
x