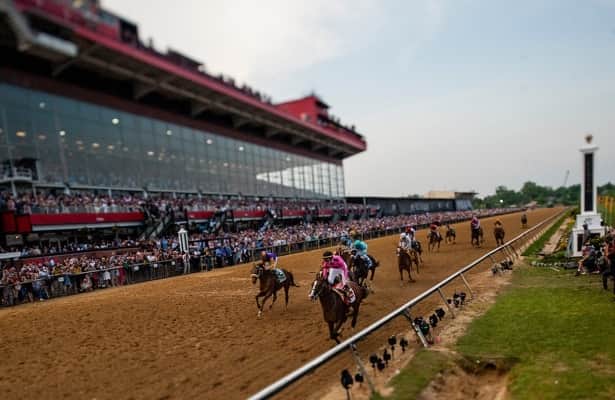 Which horses rank as the most dominant winners in the history of the Preakness Stakes?

The answer depends on your definition of “dominant,” but when measured by margin of victory, a handful of Preakness winners stand a cut above the rest.

Let’s recall the performances of the five Preakness winners who put the most social distancing between themselves and their pursuers at Pimlico:

The 1889 Preakness proved to be a match race between Buddhist and Japhet, the only two horses to participate in the still-developing spring classic. Buddhist was the quickest out of the gate and never relinquished his advantage, pulling clear to win by eight lengths in 2:17 1/2 for 1 1/4 miles.

Fresh off a decisive victory in the Kentucky Derby, eventual Triple Crown champion Count Fleet made short work of the 1943 Preakness. Facing only three rivals, including Kentucky Derby runner-up Blue Swords, Count Fleet dashed to the lead and led by at least three lengths at every call. He ultimately drew away with ease to trounce his pursuers by eight lengths in 1:57 2/5, a quick time for the era.

Fan favorite Funny Cide is best remembered for his upset victory in the 2003 Kentucky Derby, but he was never better than when dominating the Preakness by a near-record margin. After tracking a steady pace from third place, the New York-bred gelding roared to the lead and rocketed clear under urging to beat his rivals by 9 3/4 lengths in 1:55.61.

It’s safe to say Survivor kicked off the inaugural Preakness on a record-establishing note. The race was originally held over 1 1/2 miles at Pimlico, and Survivor clearly relished the distance, tracking the early pace before seizing command and powering clear to win by 10 lengths over a slow track. His final time was modest (just 2:43.00), but Survivor’s margin of victory ranked as the unmatched Preakness standard for some 13 decades.

Plenty of racing fans believe Smarty Jones should have been a Triple Crown winner. Certainly his demolition of the 2004 Preakness was worthy of being enshrined in the record books. Like Funny Cide, Smarty Jones tracked a steady pace for the majority of the journey. But then Smarty Jones slipped inside of pacesetter Lion Heart, seized command at the top of the stretch and pulled away to trounce all records with an 11 1/2-length margin of victory. His final time of 1:55.59 was also solid.