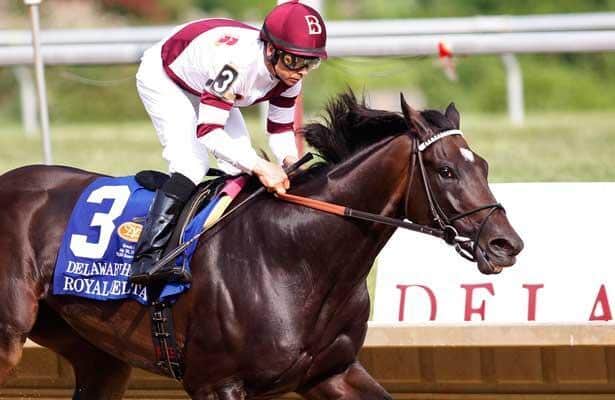 Regardless of its official grade at any given time, the last 20 years have been vintage ones for the Delaware Handicap, with elite fillies and mares winning the race on a regular basis.

Here, I rank the five best Delaware Handicap winners since 2000:

Fleet Indian was as fleet as they come in 2006, rattling off consecutive victories in the Next Move Handicap (G3), Sixty Sails Handicap (G3), Obeah Handicap, Delaware Handicap (G2), Personal Ensign Stakes (G1) and Beldame Stakes (G1). In the Delaware Handicap, the Todd Pletcher-trained mare led all the way to win uncontested by 5 1/2 lengths. Her only defeat for the year came when suffering an injury in the Breeders’ Cup Distaff (G1), but this didn’t stop Fleet Indian from being voted champion older female at the Eclipse Awards.

Ten graded stakes wins over three seasons, including half a dozen Grade 1 wins? It is safe to say Blind Luck ranks not only among the best Delaware Handicap winners of the last 20 years, but also among the best U.S. fillies and mares of the same period. Voted champion 3-year-old filly of 2010 after winning the Kentucky Oaks (G1), Alabama (G1) and Las Virgenes (G1), Blind Luck maintained her fine form as a 4-year-old and turned in an epic performance to win the 2011 Delaware Handicap. Showing unwavering tenacity, Blind Luck battled through the length of the homestretch to defeat 2011 Horse of the Year Havre de Grace by a nose, with defending Delaware Handicap winner Life At Ten another 18 1/2 lengths back in third place.

It’s no wonder why Songbird was voted a champion at age 2 and 3 – her 15: 13-2-0 lifetime record speaks for itself. The standout speedster came within a nose and a neck of an undefeated career, with the Breeders’ Cup Juvenile Fillies (G1), Alabama Stakes (G1) and Coaching Club American Oaks (G1) among the most important of her nine Grade 1 wins. Songbird had to work a bit harder than usual to win the 2017 Delaware Handicap by a length, but it is worth noting that she spotted eight pounds to runner-up Martini Glass, a future two-time graded stakes winner.

With half a dozen Grade 1 tallies to her credit, Royal Delta didn’t win quite as many top-level prizes as Songbird. But Royal Delta picked her spots very well. A two-time winner of the Breeders’ Cup Ladies’ Classic (G1), Royal Delta was voted champion 3-year-old filly of 2011 and champion older female in 2012 and 2013. Her signature wins from the latter two seasons included back-to-back wins in the Delaware Handicap, performances that could not have been more visually different. In 2012, Royal Delta was all out to win by a neck while spotting the runner-up nine pounds. But in 2013, Royal Delta cruised by 10 3/4 lengths while conceding her closest pursuer 11 pounds. Talk about a stellar performance!