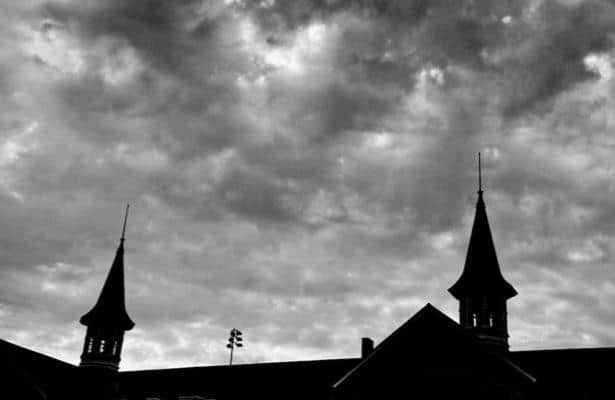 Question: Which horse ranks as the most dominant winner in the history of the Kentucky Derby?

The answer depends on your definition of “dominant,” but when measured by margin of victory, four horses share the standard for Kentucky Derby superiority. More than a century ago, the mark was set at eight lengths, a record that has been equaled (but never broken) in the years since.

Let’s take a quick trip down memory lane and recall the performances of these four unforgettable Kentucky Derby legends.

Considered by historians to have been the champion 2-year-old male of 1913, Old Rosebud set the standard by which all subsequent Kentucky Derby winners have been measured. Fresh off a 12-for-14 juvenile season highlighted by half a dozen stakes wins, Old Rosebud seized a clear early lead at Churchill Downs then widened his advantage down the lane to romp by eight lengths as the 85-100 favorite. The bay gelding reached the finish line in the track-record time of 2:03 2/5 (smashing the previous mark by one and two-fifth seconds) and eventually retired with a decorated resume of 40 wins from 80 starts.

1914 -- Old Rosebud won the Kentucky Derby with the then fastest recorded time at just over 2 minutes and three seconds.

He won the race 8 lengths ahead of the second place finisher, setting another record, for the longest distance between the 1st and 2nd place finishers. #tbt pic.twitter.com/ba1sVEuffw

It took 25 years for another horse to match Old Rosebud’s standard of dominance, a feat finally achieved by Johnstown. Favored at 3-5 off an eight-length romp in the Wood Memorial, Johnstown left no doubt about his superiority at Churchill Downs. After out-sprinting champion 2-year-old El Chico for early supremacy, Johnstown led by a minimum of two lengths at every call and ultimately widened under a vigorous hand ride to win by eight lengths. His final time of 2:03 2/5 matched Old Rosebud’s time, though it no longer stood as the track record.

Has there ever been a more breathtaking Kentucky Derby winner than Whirlaway? The Calumet Farm homebred nicknamed “Mr. Longtail” was content to race in mid-pack early on, but he blew the doors off his rivals with a sudden burst of speed turning for home. In the blink of an eye, Whirlaway was clear by daylight, and the future Triple Crown winner continued to pour on speed until reaching the finish line eight lengths clear in the track-record time of 2:01 2/5.

A perfect ground-saving ride from jockey Warren Mehrtens helped carry Assault to a resounding triumph in the first leg of his Triple Crown sweep. Breaking from post position 2, Assault managed to race inside and behind rivals for most of the journey before slipping through a large rail opening to take command at the top of the stretch. From there, the budding star forged clear under a drive to trounce his opposition by eight lengths, stopping the clock in 2:06 3/5 over a slow track.

It’s hard to believe, but 75 years have passed since Assault became the most recent horse to set or equal the standard for Kentucky Derby dominance. Do you think we’ll see a new record margin of victory in 2021?