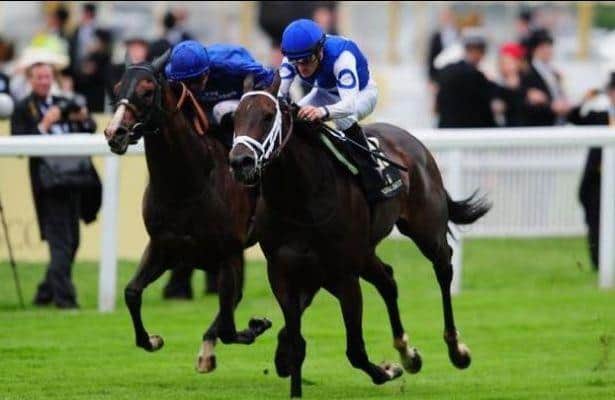 The 2021 Royal Ascot meet began on Tuesday and runs through Saturday, providing racing fans around the world with five action-packed days of elite, international horse racing.

As usual, a strong American contingent has traveled to England to compete at Royal Ascot. Since 2009, when Wesley Ward became the first American trainer to win a race at the royal meeting, American runners have enjoyed a steady string of success.

I’m going to celebrate the Royal Ascot by reflecting on four of my favorite American triumphs from the last half-dozen years:

If you ever need to define the phrase “turn-of-foot,” just check out Lady Aurelia’s stunning victory in the 2016 Queen Mary S. (G2). Making only her second start, the Wesley Ward-trained filly clearly relished the soft ground she encountered at Ascot, carving out the pace before blowing the race apart with a stunning burst of acceleration. She won by seven lengths in one of the most jaw-dropping Royal Ascot performances in recent memory.

#3: Undrafted battles to victory in the 2015 Diamond Jubilee

Who was the first American-trained horse to win a Group 1 race at Royal Ascot? That would be Undrafted, the Wesley Ward trainee who launched a powerful rally to upset the 2015 Diamond Jubilee S. (G1). Few expected the five-year-old chestnut to visit the winner’s circle – he started at 14-1 – but Undrafted found the course conditions to his liking and out-kicked multiple Group 1 winner Brazen Beau to win by half a length.

As impressive as Lady Aurelia was in the Queen Mary, she scored an even bigger triumph as a 3-year-old in the 2017 King’s Stand S. (G1). Facing older males in a five-furlong turf dash, Lady Aurelia was content to track the early tempo before taking command with a flash of speed inside the final furlong. Under a vigorous hand ride, the sensational sprinter surged clear to beat defending King’s Stand winner Profitable by three lengths.

Until Tepin came along, no American-trained racehorse had ever won the Queen Anne S. (G1), arguably the most prestigious one-mile event in Europe. But Tepin was up to the challenge. The 2015 Breeders’ Cup Mile winner raced close to the early pace, took command with over a furlong remaining, and held off Group 1 winner Belardo to win by a thrilling half-length. Defeating a top-class field in the opening race of the Royal Ascot meet earned Tepin a well-deserved place in the history books.