Flashback: Before the Pegasus, Donn Handicap was a winter prize 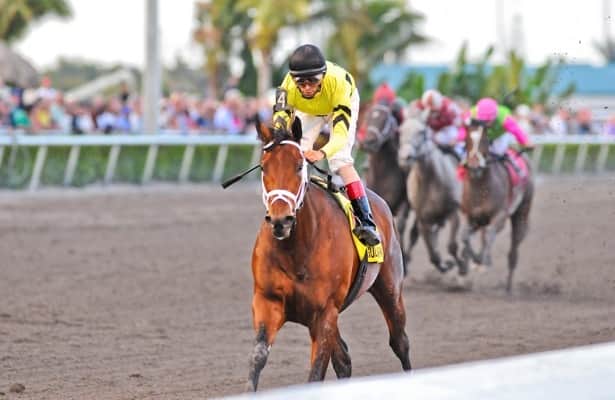 Remember the Grade 1 Donn Handicap? The precursor to the Pegasus World Cup (G1) once was a prestigious winter target for some of the best older horses in training.

Held for most of its history over 1 1/8 miles on dirt, the Donn Handicap enjoyed an unforgettable run between 1959 and 2016. A bevy of champions and Grade 1 winners (including five Horses of the Year) claimed top prize in the historic Gulfstream Park fixture.

Let’s take a trip down memory lane and recall six of the greatest Donn Handicap champions:

After six renewals held over 1 1/2 miles on turf, the Donn Handicap transitioned to 1 1/8 miles on dirt in 1965, just in time for Gun Bow to give the young race a high-profile boost. After defeating the legendary Kelso on a couple of occasions in 1964, Gun Bow picked up 127 pounds for the Donn and trounced his pursuers in 1:50 flat. Even while conceding 19 pounds to the runner-up, Gun Bow cruised by three lengths as the 7-10 favorite.

The Donn was only a Grade 3 event in 1974, and Forego helped put the race on map. The great gelding used the Donn to kick off the first of his three consecutive Horse of the Year campaigns, rallying to defeat future multi-Grade 1 winner True Knight by a nose in 1:48 3/5. The following year, the Donn was elevated to Grade 2 status.

Superstar Cigar twice used the Donn Handicap as an early-season steppingstone toward Horse of the Year honors. His victory in 1995 came by 5 1/2 lengths in 1:49.68, though his triumph was marred when 3-10 favorite Holy Bull suffered a career-ending injury. On the bright side, Cigar had the spotlight all to himself in 1996, scoring by two lengths in 1:49.12. The champion filly Heavenly Prize was among Cigar’s beaten rivals, and the 128 pounds he carried to victory remained a record for a Donn winner.

Skip Away was at the peak of his powers when he arrived at Gulfstream for the 1998 Donn Handicap. Fresh off a runaway victory in the 1997 Breeders’ Cup Classic (G1), Skip Away was favored at 2-5 and left no doubt about his superiority. After tracking the pace along the inside, Skip Away casually rolled to the lead and drew off to score by 2 3/4 lengths in 1:50.17. In a testament to Skip Away’s dominance, seven of his nine rivals started at odds between 21-1 and 97-1.

Fresh off nabbing 2006 Horse of the Year honors, the highly talented (and arguably underrated) Invasor had little difficulty adding the 2007 Donn Handicap to his glowing resume. The only dramatic moment came when the ground-saving 2-5 favorite clipped heels turning for home, but Invasor quickly shrugged off the incident, re-rallied up the rail and won by two lengths in 1:48.43.

Arguably the most breathtaking Donn winner was Quality Road, a four-time Grade 1 winner who obliterated his eight rivals in 2010. Favored at 2-5, the speedy colt pressed increasingly testing fractions of :23.21, :46.02, and 1:09.87, then powered clear to dominate by 12 3/4 lengths. His final time of 1:47.49 broke the track record and remained the fastest Donn ever run.