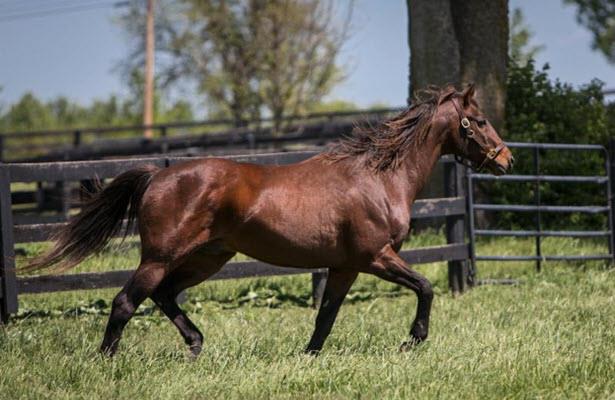 Once upon a time, in the not-too-distant past, the Metropolitan Handicap was the traditional feature race at Belmont Park on Memorial Day. Then, as now, the “Met Mile” was a traditional spring target for some of the most talented older horses in training.

But once in a while, the Metropolitan was also a goal for ambitious 3-year-olds hoping to snatch a prestigious prize from their elders. Falling in between the Preakness and Belmont Stakes, the Metropolitan occasionally served as a post-Derby target for runners who disappointed at Churchill Downs or as a prep for newcomers looking to sharpen up for the Belmont Stakes.

And on very rare occasions, the Metropolitan was an additional stopping point for sophomores in the midst of contesting all three legs of the Triple Crown. Such was the case in 1987, when the ultra-versatile, tough-as-nails Gulch tackled an elite field of eight older rivals in the 1-mile test of speed and brilliance.

Nowadays, such a move would be unprecedented. A late-running son of Mr. Prospector conditioned by LeRoy Jolley, Gulch already had run two hard races to kick off the Triple Crown, charging late to finish sixth in the Kentucky Derby and fourth in the Preakness. In the Met Mile, Gulch would face older rivals for the first time while wheeling back on just nine days of rest.

Furthermore, Gulch would face a daunting field. There was Broad Brush, a three-time Grade 1 winner fresh off consecutive victories in the Santa Anita Handicap (G1), John B. Campbell Handicap (G3) and Trenton Handicap (G3). There was King’s Swan, winner of the 1986 Vosburgh (G1). Also in the field was 1986 Breeders’ Cup Sprint (G1) runner-up Pine Tree Lane, a fast mare entering off a win in the Carter Handicap (G2) against males.

But there were reasons to believe Gulch could handle the challenge. For one, he would tote just 110 pounds in the Met Mile, 18 fewer than 128-pound highweight Broad Brush. For another, he would gain the services of Hall of Fame jockey Pat Day, whose patient riding style seemed like a perfect match for the late-running colt.

Just as important, Gulch was no slouch in one-turn races. Though he’d won the 1 1/8-mile Wood Memorial (G1) as a precursor to the spring classics, Gulch was arguably best running shorter. As a juvenile, he’d put together a string of high-level sprint wins on the New York circuit, rattling off victories in the Tremont (G3), Saratoga Special (G2), Hopeful (G1) and Futurity (G1) to stamp his credentials as a promising prospect. Returning to a one-turn mile held the potential to sharpen Gulch’s finishing kick and return him to the winner’s circle.

So when the gates opened at Belmont Park on May 25, 1987, Gulch was a respected 5-1 shot in the wagering, with Broad Brush the 9-5 favorite and Pine Tree Lane well regarded at 5-2. The latter wasted no time putting her early speed to good use, running off to lead by four or five lengths through blazing fast fractions of :22 3/5 and :44 2/5. King’s Swan was content to track in second, with Broad Brush and Gulch well off the pace in the early going.

Rounding the turn, Pine Tree Lane gradually came back to her pursuers. Sprinting the second quarter in :21 4/5 was more than she could handle, and following six furlongs in 1:09 1/5, Pine Tree Lane ran out of steam and conceded the advantage to King’s Swan and a charging Broad Brush.

But looming behind the favorite, rallying fast on the extreme outside, was Gulch. Pat Day’s conservative ride was paying off; the early pace had tired out everyone within striking distance of the early tempo, leaving the sophomore to make the last move and pick up the pieces.

Sweeping past horses in the middle of the track, Gulch was relentless down the lane. The field was tight, with seven runners separated by about two lengths at the top of the stretch. There was mild bumping as horse shifted inside and out, but Gulch paid no heed and kept galloping resolutely toward the finish line. Broad Brush tried his best and King’s Swan was a stalwart fighter, but Gulch had the momentum and wore down his leg-weary rivals in the final furlong to win by a neck in 1:34 4/5.

It was a memorable victory, a testament both to Gulch’s talent and his versatility. As it turned out, a mile was pretty much right smack in the middle of Gulch’s distance capabilities. Just 12 days after the Met Mile, Gulch returned to finish third in the 1 1/2-mile Belmont Stakes, and the following year, he proved sufficiently speedy to win the 6-furlong Breeders’ Cup Sprint (G1) and secure an Eclipse Award as champion sprinter.

Years later, following a successful stud career, Gulch retired to a life of leisure at Old Friends farm in Kentucky. When he passed away in 2016, at the ripe old age of 32, Old Friends founder Michael Blowen perfectly summed up what made Gulch so special:

“As LeRoy Jolley, who was Gulch's first trainer, once said, ‘Gulch must be the toughest horse who ever lived,’ and he was,” Blowen said in a press release. “He was confident, self-possessed and regal. He didn't demand respect — he earned it. He is irreplaceable.”

Winning the Metropolitan in the middle of a full-fledged Triple Crown campaign? There’s no doubt Gulch was tough, respected and irreplaceable. That’s one race that isn’t even a contest.