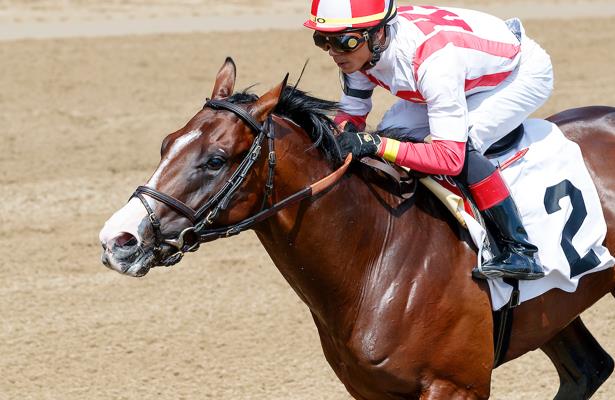 Even though there will be stakes action galore during the upcoming weekend, there is still plenty of exciting horse racing action on tap throughout the rest of the week.

The son of Honor Code broke through on June 11 at Belmont Park when winning impressively by 7 3/4 lengths over a muddy track against six foes.

His win was so impressive that he found himself in the 2020 Kentucky Derby Future Wagers Pool 5, closing at 54-1 odds.

Jose Ortiz will once again be in the irons as the tandem will look for victory in back-to-back tests.

Graded stakes winner No Dozing could hook up with Complexity and Sniper Shot early in what shapes up to be a star-studded allowance race.

Cezanne is entered for his second career start on Thursday at Los Alamitos Race Course.

Having won on debut at Santa Anita last month, Cezanne looks to tackle more distance to stay perfect, while facing both winners and older horses for the first time.

The $2.65 million Curlin colt trained by Bob Baffert will face stablemate Bronn and three others going a mile at Los Alamitos in an allowance optional claiming race. Post time is scheduled for 5:59 p.m.

The multiple stakes winner shows a lot of early speed, so maybe the cutback to six furlongs on the turf is just what the doctor ordered. She’ll face some formidable foes in graded stakes winner Getmotherarose and Trombetta stablemate A Great Time.

The 6-year-old gelding has never raced at Monmouth Park, but his name implies he should do well no matter where he runs. Trained by Jerry Hollendorfer and with Paco Lopez in the irons, Awesome Anywhere has won seven of his 18 career starts and has hit the board in 14 of those contests.