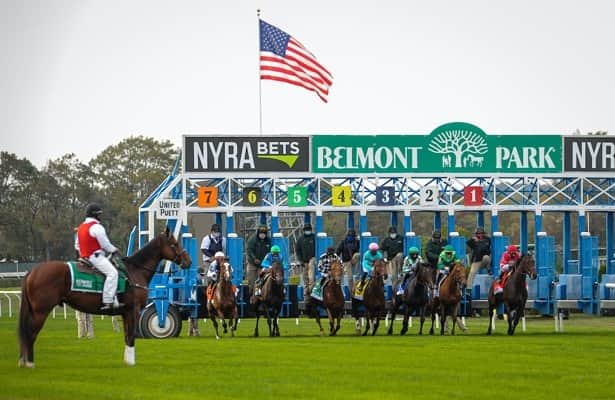 As we catch our breath between the Kentucky Derby and the Preakness, Belmont Park offers five graded stakes on Saturday and Santa Anita has one. Here is an early look at the fields.

Arklow is expected to make his 2021 debut here for trainer Brad Cox. His sixth-place finish in the Breeders' Cup Turf was sandwiched between wins in the Kentucky Turf Cup (G3) and the Hollywood Turf Cup (G2). Channel Cat started the year with a fifth-place finish in the W.L. McKnight (G3) in January then came back in April with a second-place finish in the Elkhorn (G2). Churn N Burn is 2-for-2 this year after going winless in seven starts since breaking his maiden in 2019. Chad Brown's Sovereign would make his first North American start after racing in Europe for trainer Aidan O’Brien He was Group 1 placed last year when second in the King George VI and Queen Elizabeth at Ascot.

After breaking his maiden on third try in December, Weyburn came back in March to win the Gotham (G3) before his fourth-place finish in the Wood Memorial (G3). Risk Taking took a similar path: He broke his maiden on third try in December and won the Withers (G3), then finished seventh in the Wood. Overtook finished second to Risk Taking in the Withers; this would be his first start since.

Firenze Fire won this race in 2019 when it was known as the Diablo Stakes in 2019. He added three graded-stakes wins last year before finishing out 2020 with a third-place finish in the Breeders' Cup Sprint, followed by a runner-up effort in the Mr. Prospector (G3). Stan the Man won only once last year, in the listed Tale of the Cat Stakes, but he made the board in four other stakes before starting 2021 with a fifth-place finish fifth in the Toboggan (G3) in January.

Pacific Gale's win in the Hurricane Bertie (G3) was her second stakes win in as many starts this year. She also won the Inside Information (G2) in January. This would be a return to stakes company for Victim of Love, who came off a six-month break to finish second in an allowance race in January. She made the board in seven of her eight previous starts.

Going to Vegas' win in the Santa Ana (G3) followed a fourth-place effort in the Buena Vista (G2) and a string of runner-up finishes before that. Tapwater made her first stakes start in the Royal Heroine (G2), finishing fourth, after an allowance win in February.