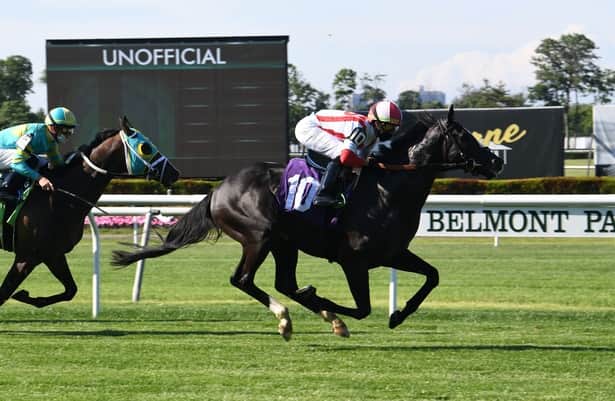 Now is a good time to catch your breath as we find ourselves in whatever the winter counterpart to the summer doldrums is.

But three graded stakes are on the calendar for this weekend, and they include one Kentucky Oaks points prep.

This race offers 10-4-2-1 Kentucky Oaks qualifying points to the top four finishers (unless they were trained by Bob Baffert). Tonito's graduated on debut and then finished second in a listed stakes before finishing a close third in the Starlet (G1) last out. Awake At Midnyte also won her first race and then lost by a nose in the Jimmy Durante (G3). Miss Mattie B switches back to dirt after breaking her maiden on turf last out.

Tapwater would be looking for her first win in seven starts since winning a Santa Anita allowance in February. Zero Tolerance had three wins in five starts last year and finished fourth in the Autumn Miss (G3). Constantia hasn't won in four starts since April and finished sixth last out in the Goldikova (G2).